Fish and Wildlife Service (FWS) is once again seeking public comment on the plants and whether they should receive threatened status according to the Endangered Species Act of 1973.

The FWS website says the plants are vulnerable to “impacts from energy exploration and development, as well as the cumulative impacts of increased energy development, livestock grazing, invasive weeds, and climate change.”

The conservation agreement has been amended, and protections for the beardtongue remain in place, but Fish and Wildlife has to decide again if the plants are worthy of federal protection. A comment period has been reopened, which closes Oct. 15, in which public input is welcomed.

Since the initial surveys of plant populations were done, additional surveys have indicated the plant exists naturally in many more locations than were initially surveyed, and those populations have remained healthy and stable, indicating numbers that are substantially higher than 2013 counts.

To comment electronically, go to the Federal eRulemaking Portal: http://www.regulations.gov. In the Search box, enter FWS-R6-ES-2019-0029, which is the docket number for this proposed action. Then click on the Search button. On the resulting page, in the Search panel on the left side of the screen, under the Document Type heading, click on the Proposed Rules link to locate this document. You may submit a comment by clicking on “Comment Now!”

All comments will be posted on http://www.regulations.gov. This generally means any personal information provided will be posted. 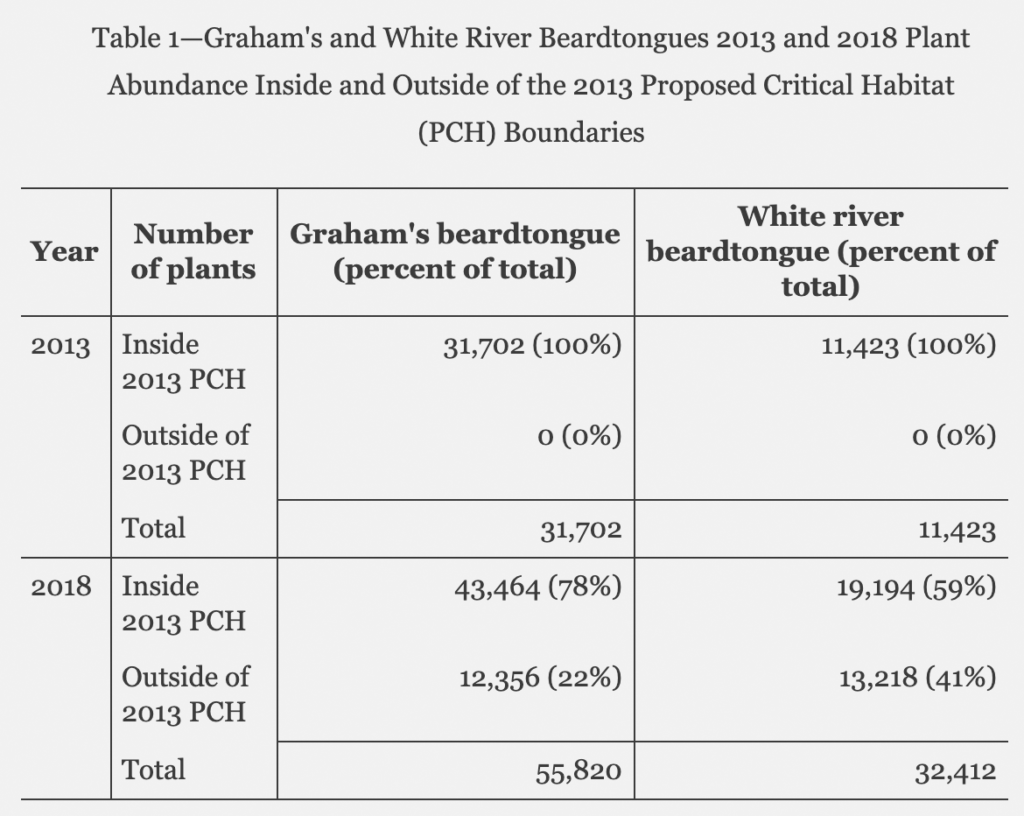