MEEKER | “We’re digging a hole and away we go,” ERBM Executive Director Sean VonRoenn stated during discussion of the Circle Park Pond Project with the board of directors Tuesday evening, providing updates on several issues and preempting discussion of an updated construction bid with a warning that all numbers had not been finalized, but that the price presented was much closer to the final cost he had anticipated.

The project was approved by ERBM in January 2018 and originally featured a price tag of $335,000, with $100,000 coming from a CPW Fishing is Fun Grant. According to a current report, the total anticipated cost for Phase I construction is now $425,000, with just under half pledged by various private and public entities, including the CPW grant, and the remaining costs falling to ERBM.

There have been several obstacles in the quest to break ground during the past two years. Here’s a summary of each, along with actions taken and current status.

One of the earliest issues faced was determining a cost-effective way to remove excavation material. The bridge leading to Circle Park is rated every year by CDOT as to structural soundness and was significantly downgraded last year from 39 ton loads to 18 ton loads. ERBM board member Rob Baughman described the current bridge as, “ancient when I got here in 1982.” Two other options discussed were a conveyor to move material across the river or the more cost effective option of improving the cemetery trail road. ERBM has moved forward with the latter, and a draft copy of an Easement agreement with both the cemetery district and Town of Meeker is in the final stages. The Easement will be in effect through Dec. 31, 2020.

Due in part to its location, the Circle Park pond has a complex interplay of water and property rights, including those of White River Electric Association, the Meeker Cemetery District and the Town of Meeker. ERBM has spent about $17,000 on legal fees thus far, and though that number was not broken down into various subcategories, discussion indicated a sizable chunk of that was allocated to water rights issues. VonRoenn stated a final agreement regarding entity water rights is close to completion.

Jones & DeMille Engineering created a flood model of the latest pond design, showed a potential flood rise of only 1.6 inches, substantially less than the FEMA requirement of one foot and Rio Blanco County’s requirement of six inches. The FEMA certification was an amendment to the original contract and has encumbered $7,400.

The project permitting process requires compensatory mitigation for disturbances to existing wetland areas. Because of the pond’s location, there is no way to do this mitigation near the construction site, so CPW and ERBM are looking for an alternative location to complete required mitigation work. The project did qualify for a less rigorous Nation Wide permitting process, which requires substantially less time than an individual permit to be approved.

Travis Adams of TDA Construction was in attendance Tuesday and answered questions from board members regarding the new bid. He cited the “volatility” of material prices, including asphalt and HDPE pipe, as one reason to move forward with certain aspects of construction. Discussion ensued regarding the inevitable rise of material costs if the project timeline extends over the next one to two years.

Thus far, ERBM has spent approximately $90,000, with updated construction bids coming in approximately $100,000 more than originally estimated. The board is also considering pulling the trigger on the beginning of phase two with demo and reconstruction of the park’s entry, approximately $22,000 has been spent on the design alone. TDA’s bid for this aspect of construction is $141,000 and will come from as-of-yet unallocated phase 2 funds. No official estimate on the total price of Phase 2 construction has been given.

At the ERBM May meeting, however, questions about future revenue uncertainty due to falling tax valuations was discussed in depth. “We don’t know what revenue or valuation is going to be,” said board president Kent Walter. “What are our highest costs and what decisions do we have to make to keep those costs in check?” VonRoenn pointed to personnel and operations. “The cost of doing business is going up. We can’t necessarily hold that line without cutting in some areas,” he said.

“I don’t want to be doom and gloom, but what is palatable not just for year 10, but for 20 and 30? Is it sustainable? It’s tough to plan 10 years out. It could get worse or it could get better,” Walter said. How the board chooses to address those questions will likely affect the final outcome of this and future projects. 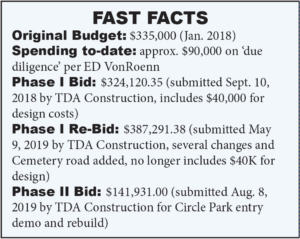 After the discussion, the board did not take formal action on TDA’s guaranteed maximum price construction contract and corresponding increases to Circle Park Improvements Project Budget. Board President Kent Walter stated, “I’m just a little hesitant that we don’t have an overall project look. Can we live with the bid, the bid increase, close to guaranteed maximum, fairly high confidence level, the addition of that $100,000 plus another $141,000?” The board asked Adams to finalize remaining details and will likely see another update at the September meeting.

The board discussed minor improvements to the easement agreement with the cemetery district, approved a temporary in-house pool filter fix and an HVAC fix which will likely close the pool for two days in late September, looked at 2020 scheduled closures and shutdowns and the 2020 preliminary board schedule, and rounded out the meeting with a short discussion on the unexpected but necessary demolition of the Administration Building park playground structure. Walter stated, “Of anything I’ve done since my term I’ve heard about that. It’s the only place for kids to play with shade. Not to take away from other facilities but it’s really central.”

VonRoenn said ERBM’s management team had discussed the option, but that it would be tricky because it’s not ERBM’s property and they do not feel the School District has any intent or desire to replace the equipment. “Because of that and because of all the other park improvements, let’s see if we can maybe get some of that community feedback into a community build/community pride project and have them spearhead that, be a partner but not lead.”

The board will be in attendance at the District Roundup meeting Sunday, Sept. 22 from 12:30 to 5:30 p.m. As per Colorado’s Sunshine Law, this meeting will be open to the public, but no action will be taken. Employee recognitions and customer service awards, district updates regarding the strategic plan, breakout stations and a debrief are on the agenda.

MEEKER | The town’s board of trustees heard an update on the Circle Park pond project from ERBM Recreation and Park District Executive Director Sean VonRoenn Tuesday. The rec district is waiting on consideration and […] 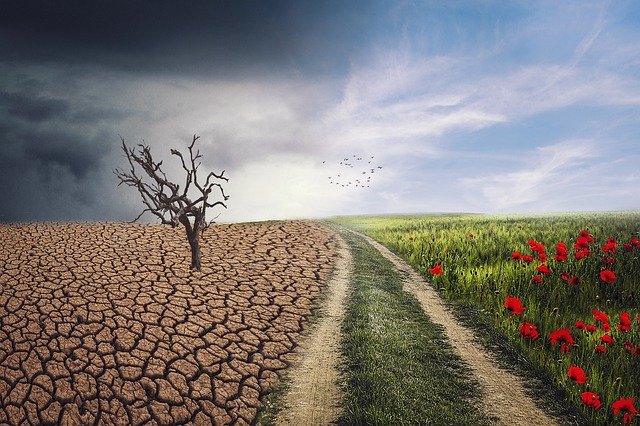