In the first general election after I turned 18, George H.W. Bush was the Republican presidential candidate. I voted for him. In the four years that followed, I had moments of regret over that choice. There was the infamous “read my lips, no new taxes” statement, which taught me that a politician’s campaign promises are hollow things. And there was the Gulf War, which shattered the sense of security we’d enjoyed during the decadent prosperity of the 1980s. Pat and I were in Lamaze class, expecting our first child, Caitlin, when we learned about the first airstrike. The idea that we were going to war in the Middle East was terrifying. Would there be a draft? Would nuclear weapons be involved? Thankfully, the Gulf War came to a fairly rapid end, or so we thought, not knowing it would come back to haunt us a decade later.

Despite the errors he may have made, I miss the soft-spoken 41st president who loathed broccoli and publicly announced that he never had to eat it again because he was president. It was one of his more controversial statements.  I miss the man who so openly loved and respected his wife, who gave his country some four decades of public service, in times of war and times of peace.

Hindsight, of course, is 20/20. It’s still interesting, and perhaps a point of honor, to look back at some of the things Bush Sr. had to say:

– “I think the 24-hour news cycle has helped exaggerate the differences between the parties. You can always find someone on TV somewhere carping about something. That didn’t happen 20 years ago.”

– “The day will come—and it is not far off—when the legacy of Lincoln will finally be fulfilled at 1600 Pennsylvania Ave., when a black man or woman will sit in the Oval Office. When that day comes, the most remarkable thing about it will be how naturally it occurs.”

–  “I stand for anti-bigotry, anti-Semitism, and anti-racism.”

–  “We don’t want an America that is closed to the world. What we want is a world that is open to America.” 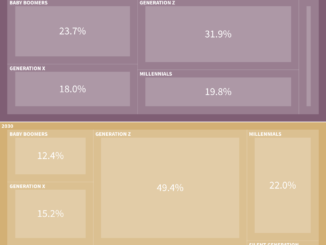