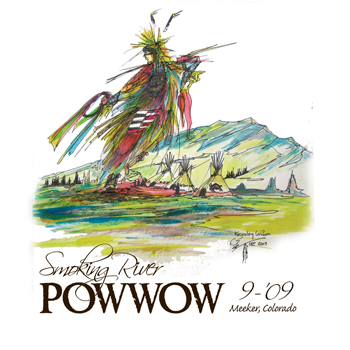 MEEKER I The board of trustees agreed to sponsor the Smoking River Pow Wow this year at the “gold” level of $1,000. The powwow committee had requested a $2,000 donation at the last meeting.
“I would like to see $2,000 because that’s what the other two tribes have done and that makes a statement,” said committee member Lynn Lockwood.
The board also scheduled an Aug. 4 public hearing to discuss the powwow committee’s request to install permanent underground electricity at Ute Park.
Dr. Bob Dorsett appeared before the board to discuss the consideration of a resolution urging Congress to preserve the exemption for hydraulic fracturing in the Safe Drinking Water Act. Concerns have been raised that the Safe Drinking Water Act would hinder energy developers from using hydraulic fracturing — a process which uses pressurized water to fracture underground rock layers in order to release trapped deposits of natural gas.
“From what I understand, hydraulic fracturing has been safe out in the Piceance Basin, but we don’t know for sure because the aquifers haven’t been monitored since the 80s. USGS is reopening their monitoring well out in the Piceance,” Dorsett said.
“The only question that seems of immediate concern to the town is whether or not there’s potential for coal bed methane production here in the valley and particularly up around the well field. I think it would behoove the town, before lending our support to a national lobbying effort by the industry, to consider that question about our own water resources — what would be the effect, if any, on our own municipal water supply.”
Rangely has already passed a resolution in support of the exemption.
Board and staff agreed to seek further information before making a decision.
The board also appointed a new member to the planning commission, local contractor Jerry Belland.

Listen to this post Fourth- and fifth-graders from Meeker Elementary School have spent a couple hours a week with music teacher Anna Todd and learned to plan the marimbas.

Owners of The Bakery receive 9Who Care Award, will serve as grand marshals in July 4 parade

Listen to this post Small towns have big hearts Small towns are filled with big hearts, and Meeker is no exception. One business that has epitomized that persona for many years, both in word and […]