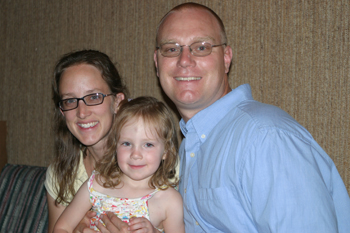 RANGELY I Rob Winn likes a challenge.
Winn is the new principal of the Rangely middle and high schools, which beginning this year will be combined in the same building.
“It will be challenging, but it’s something that has been done in small districts,” Winn said. “I am over both schools, which is part of the reason why it will be a challenge. A sixth-grader is different from a ninth-grader, who is different from a senior.”
To deal with the range of ages, the younger grades will be located in different parts of the building from the older grades.
“We’ve got things set up where middle schoolers will be pretty much with middle schoolers,” Winn said.
An orientation night will be held at 6:30 p.m. Aug. 27 to familiarize students with the building.
“It will get the students and parents in there and give them a chance to see the building,” Winn said.
To cut costs, the Rangely School Board decided in March to close Parkview Elementary, move preschool through fifth grades to the middle school building, and combine grades sixth through 12th in the high school building.
“Middle schoolers will have areas they can be in,” Winn said. “The vast majority of the middle school, especially the sixth-graders, will be on the first floor. Lunch times will be different (for middle schoolers and high schoolers). Sixth grade will have one homeroom teacher, but they will go out for elective-type classes. Then seventh and eighth will be sort of like high school, they’ll change classes like the high schoolers.”
As part of a $15 million bond election passed by voters in November, the high school building has been undergoing renovations this summer. The school is expected to be ready for the start of classes Aug. 31.
“Everything appears to be on schedule,” Winn said. “We actually built in an extra week. I think we’ll be right there. We’ll be able to get in there and start learning and becoming a school.”
The Rangely School Board decided to push back the start of classes a week from when the construction project manager said the buildings would be ready for occupancy, to allow for the possibility of delays.
This will be Winn’s first principalship. He replaces Nicole Walker, who resigned after one year as high school principal in Rangely.
Even though this will officially be Winn’s first administrative position, he did have administrative duties in previous jobs. He was director of a small alternative school in Craig and he was administrator of a night school in Thornton. He was also program director of the Boys and Girls Clubs in Craig for a year. Most recently, Winn taught physical science, health and physics at Hayden High School.
Winn is familiar with this part of the state.
“I grew up in Rifle and went to Rifle High School,” said Winn, who has family in Rifle and Parachute. “I like this area. I enjoy Piceance Creek Basin and around Dinosaur. I used to cut firewood in Piceance Basin. It’s kind of where I always played growing up.”
Winn and his wife, Melissa, and their 3-year-old daughter, Emma, moved to Rangely this week. Melissa, who is a registered nurse, has been hired at Rangely District Hospital.
With the move and starting new jobs, the Winns have been busy.
“Actually, I have been working here since last May, usually two days a week, to get all of the positions filled and get things started,” Winn said. “(Melissa) started her job on the 12th, and I’ll be going like gangbusters.”

Listen to this post RANGELY I The Rangely School District RE-4 is hosting the first annual “meet your local educators barbecue” on Friday, Aug. 12 at Elks Park from noon to 3 p.m.