Dorothy May Miller
July 9, 1925~Jan. 15, 2009
In the early morning hours of Jan. 15, 2009, Dorothy May Miller passed peacefully away at the Walbridge Wing in Meeker, Colo.
Born at home in Calhan, Colo., on July 9, 1925, to Otis and Nellie Ullom, Dorothy was the third child of 10 children. With such a large family, the Ulloms struggled to survive the Great Depression and the Dust Bowl. Dorothy and her sisters helped care for their younger sisters and brothers, while milking cows every morning before school and gathering buffalo chips for heat on the weekends. The lessons of the Great Depression paved the way for the “waste not, want not” philosophy that Dorothy based the rest of her life on.
In 1943, Dorothy was graduated from Calhan High School as valedictorian of her class. Not long after, she moved to Colorado Springs and worked various jobs before she met a handsome young cowboy named Roderick Miller.
Roderick (Buddy) and Dorothy were married in August of 1944 and moved to the family ranch in Rush, Colo. There they raised three boys while working their 500-cow ranch. Since rodeo was also a family passion, Dorothy was constantly feeding a batch of young cowboys or rushing an injured rodeo hopeful to the hospital in Colorado Springs.
Dorothy was famous for her home-cooked meals. Whether it was a weekend ranch roping or a huge family dinner, Dorothy would provide a feast fit for a king. She was a caretaker by nature and would put the needs of others ahead of herself.
Since February of 2008, Dorothy resided in the Walbridge Wing of Pioneers Hospital where a family of loving health care professionals enriched her life immensely. She was an active member of this close knit community where she renewed old acquaintances, made new friendships and participated in every activity offered.
Dorothy May Miller was dearly loved by family and friends and will be missed by all.
Survivors include three sons, Onea Jewel of Meeker, Everett of Colorado Springs, Jim of Mitchell, Neb., 10 grandchildren, 20 great-grandchildren, four sisters, Marcella Flickinger of Saguache, Colo., Opal Sohn of Colorado Springs, Esther McKee of Grand Junction and Ruth Downing of Colorado Springs as well as two brothers, Glenn Ullom of Black Forest, Ted Ullom of Moffat.
Preceding her in death are her husband, Roderick “Buddy,” her parents, as well as three sisters: Ethel, Virginia and Thelma.
A funeral service was held Tuesday from the America the Beautiful Chapel of the Roses at Shrine of Remembrance Funeral Home. Entombment was in the Shrine of Remembrance Mausoleum.
Cochran Memorial Chapel of Meeker was entrusted with the funeral arrangements.

Listen to this post Fred Eugene McDonald, 87, passed away Sept 18, 2012, at his retirement home in Phoenix, Ariz. 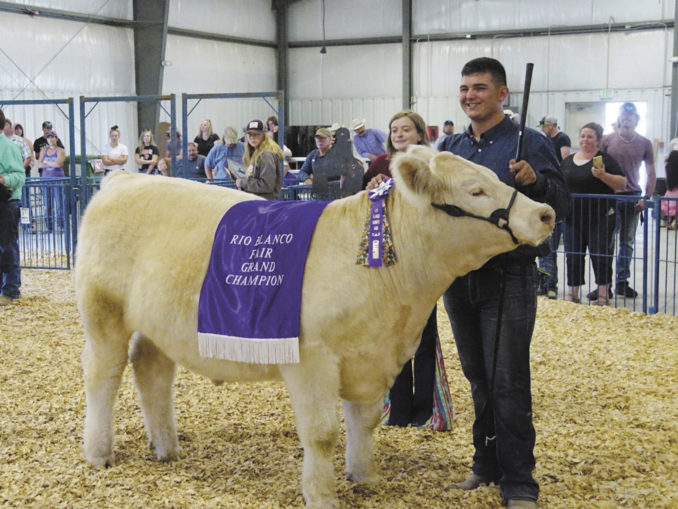