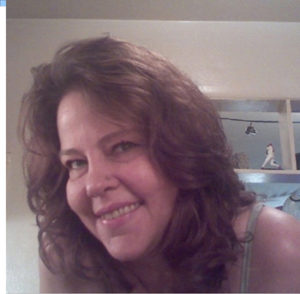 Linda Jeanne Brannan Zuleger Adcock passed away on Jan. 13, 2010, at her home that she shared with Craig Mahoney in St. Louis. Linda was born on April 4, 1969, to Richard Lee and Linda Gail Brannan. She grew up in Rangely and graduated from Rangely High School in May 1987.
Linda married Todd Zuleger on Nov. 28, 1986. She and Todd have two children, Ashley Dawn Zuleger, 21, and Alan Mikel Zuleger, 17. She then married David Adcock Sept. 5, 1999, and they have one child, David James (DJ), 11. Linda always wanted to be a mom and she did everything she could to be a great mom and do whatever she could to make her children happy.
She is survived by her daughter Ashley Dawn Zuleger of Jackson, Mich.; sons Alan Mikel Zuleger and DJ Adcock of Columbia, Tenn.; parents Richard Lee Brannan of Loveland and Linda Gail Brannan of Rangely; paternal grandparents William Lee and Jeanne Brannan of Denver; Sister Carol Anne (Allan) Brannan Harwood of Kemmerer, Wyo.; Richard Lee (Andrea) Brannan Jr. of Loveland; James Lee (Kathy) Brannan of Rangely; nieces and nephews Emily, Sierra, Kassidi, Drew, Annabelle and Jasmine.
She will be missed by her family and friends. She was preceded in death by her maternal grandparents: Howard and Anna Bewley.

Rangely girls go 2-1 on the week

Listen to this post RANGELY I The Lady Panthers were kind of stuck last week. Stuck on 52, anyway. In its first of three games last week, Rangely scored almost 52 points in a 51-48 […]

Listen to this post MEEKER I Local pilot David Cole recently had an opportunity to mentor one of his former flight students from CNCC.