RBC | Last week the Rangely Development Agency and Rangely Development Corporation heard a presentation from Todd Ficken of F&D International LLC about potentially cooperating with Rangely to further develop local aviation resources.
Ficken, who is an architect and pilot, described himself as an entrepreneur. He said he first became interested in CNCC’s aviation program through a pilot training program that he provides to aviation students after they have graduated from CNCC’s aviation and other similar programs.
Ficken believes that Rangely has a great opportunity to develop an aviation maintenance and repair operation and pointed out several niche areas needs within the industry such as avionics and plane graphics that Rangely could potentially fill. “Most of the Western United States would be drawn to it,” he said. He believes that Rangely’s geographic location and cost of housing are both assets that could draw in potential aviation businesses.
Ficken was attempting to discover the level of support from the community to further explore some type of public private partnership. “I don’t have a business plan yet,” he said. He said he does not have a timeline for the development of a plan, but said he would begin putting it together if the RDA gave him the go-ahead.
CNCC President Ron Granger expressed an interest in exploring a partnership with the college for internships with an MRO. Ficken told him that there would be many opportunities for program development in cooperation between the college and any aviation business that came in. “That’s part of the draw,” Ficken said.
The group discussed the need for an airport expansion as well, which according to County Commissioner Jeff Rector, is currently under way. Additionally, Ficken said that the airport would need some improvements such as new approach capabilities, hangar space and a pilot’s lounge in order to attract high end customers.
Ficken would like to explore a public/private partnership to build the necessary facilities for an MRO business.
Tim Webber, Konnie Billgren and Andy Shaffer all expressed support and encouragement for the project. “What do you need from us?” Webber said. Ficken said he will prepare a preliminary plan over the next few months and the RDA will discuss it in February.
County Commissioner Rector, Chamber of Commerce Director Billgren and County Economic Development Coordinator Katelin Cook talked about a recent tour in Denver of co-working spaces. After viewing several spaces, they felt that a co-working space could be successful in Rangely and was “doable on a shoestring budget,” said Billgren. “The more amenities you have in the co-working space the more you can charge,” she added.

RANGELY | Grocery Cooperative The RDA agreed to appoint a committee to lead the development of a feasibility plan for a co-op grocery store including researching developing membership, identifying a location, funding, wholesale suppliers, insurance, permits […] 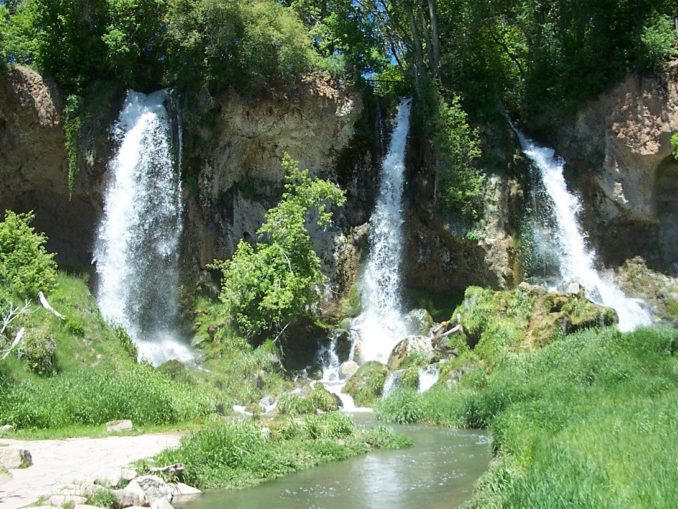