MEEKER I Our communities are fortunate to have extraordinary volunteers who enable public programs to function.
By definition, a volunteer is one who enters into, or offers for, any service of his/her own free will. What the definition does not include is a time frame, or benchmark for excellence, in the area.
Willetta Shults volunteered to deliver Meals on Wheels for 25 years. She delivered approximately 1,300 meals to individuals unable to prepare or get out to purchase their meals.
Connie Ross in the Dietary Services department at Pioneers Medical Center spoke to the reliability of Willetta and the appreciation recipients have for her and all the individuals that make the program possible.
“Willetta is a very good part of our community,” Ross said.
When asked about her time as a volunteer, Willetta simply said, “I enjoyed the interaction with people and the girls in the kitchen.”
Equally as impressive as her time of service is Willetta’s history in this area. Her father moved here from California after being diagnosed with tuberculosis. The doctors recommended the drier air of Colorado and the advice proved sound as he enjoyed a full life in the Meeker area. After marrying his wife, Miss Myrtle Peltier, on July 25, 1916, the two moved to Axial Basin where he worked for the Hulett outfit, their next move was to the 84 ranch on Yellow Creek to work for Mr. Critchlow, then they leased the Ben Jocobs ranch on Limekiln and worked on another ranch on Marvine Creek.
Willetta’s father was a mason by trade but leased ranches for five-year intervals. “So we moved every five years‚“ she said. When asked which ranch she enjoyed the most, she replied without hesitation, “Limekiln, it is beautiful country.” She recalled fond memories of the rural Limekiln school that was in session for seven months (summer school) and then out for the winter. The kids in school looked forward to the visits from Mrs. Holland, the school superintendent.
“She would play baseball with us‚“ Willetta remembered. The superintendent was responsible for visiting all the rural schools in the area such as Flag Creek, Coal Creek, Little Beaver, Powell Park, etc. This continued until the schools were consolidated into the two current districts.
Willetta also took psychology classes through BYU prior to beginning a career with the Meeker School District. Willetta worked for the school district for 26 years, retiring in 1985. She was a secretary for county superintendent Mrs. Barrett, and then worked for BOCES, which was adopted into the county schools in 1976. Mrs. Barrett and Mrs. Shults would have reading groups in the basement of the elementary school for children needing additional help. Mrs. Barrett moved to Denver after several years in Meeker and Willetta transitioned to working for BOCES.
She enjoyed the time she spent with the school district and clearly the district was lucky to have Willetta’s long-term consistency and reliability. While she was busy working with the school, her late husband Phil ran the local Conoco station, which he took over in 1973 and created Shults Oil Company. The plant and station served Meeker for 40 years.
Willetta has three children, Ike, Phylis and Janice; seven grandchildren; and 14 great-grandchildren spread across the nation from California to Florida.
One granddaughter, Cassie (Shults) McElhiney, said this about her grandmother:
“Some of my most cherished memories are spending time on the patio, on a summer evening with my grandma playing cards, or when all the grandkids would dye Easter eggs around her kitchen table. My most favorite is when I would spend the night as a child and she read me ‘The Pokey Little Puppy,’ which is a story I now share with my own three children.”
After retiring from the school district, Willetta began volunteering at the hospital and then delivering Meals on Wheels in 1988. She was responsible for the Monday deliveries for 25 years and filled in on other days as needed. On one occasion she covered two days a week for more than three months. This length of time would be a respectable feat in a paid position and is truly remarkable considering it was all done freely to help others. She is very humble regarding her service to the community, as well as her incredible history in the area. There are few individuals able to serve so unselfishly without recognition or reward as Willetta has, let alone hold memories and knowledge that would fill history books. Willetta Shults deserves our applause, our appreciation and our gratitude for making our community a better place.

Listen to this post The Meeker Herald — 100 years ago • P.F. Welch has sold his saloon business to John C. Richardson of Glenwood, T.A. House and H.W. Gifford of Rifle. • Luther Dennison […]

Letter: Why aren’t “experts” out there coaching?

Listen to this post Be a coach … I don’t think so. As the wife of a coach for many years and the mother of a coach for quite a few, I have about seen […]

Coach Hallie Blunt thanks her players

Listen to this post In the past month since I was not offered my coaching contract, I have had a lot of time to think and I want to address one key issue: The kids. 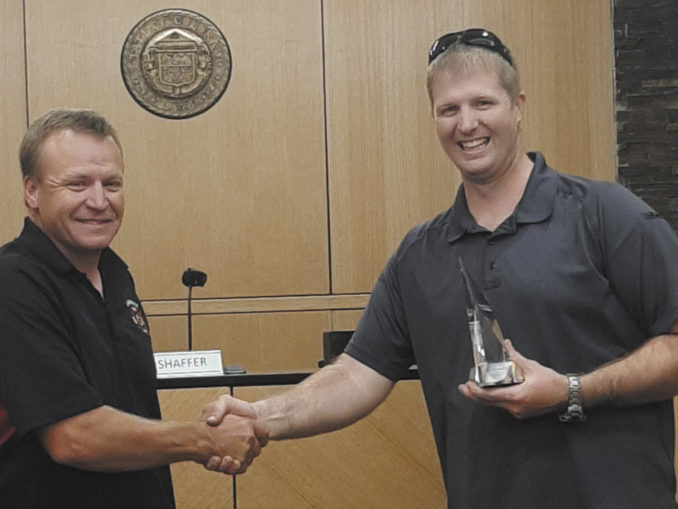