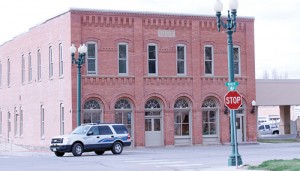 • Rio Blanco County became a stopping point last week for the Road to Discovery ride and the Sea to Shining Sea tour, two cross-country cycling events. While the causes were different and the participants […]

Looking back at the first six months of 2007

RBC I In spite of a severely dry summer season, excitement for the 2012 Capitol Christmas Tree project dominated much of the second half of the year in the eastern end of the county, while […]