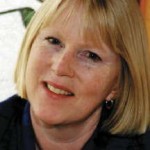 “When are you moving back to reality?” a relative asked years ago. The long distances between towns, the lack of diversity, and the lack of various commercial concerns that most of us depend upon were only a few of the things that led her to consider her reality more valuable than mine. Yet, the question nagged at me. Why is one region considered more real than another?
“Come Visit the Real West” or “Take a trip to the real Old West” are only two of the signs beckoning travelers to visit out-of-the-way spots in this section of the country. The economic decline has spawned a new wave of cute phrases and names used to sum up each area’s special appeal.
Desperate times take desperate measures and the trend to trademark a slogan continues. Wyoming was one of the first to try and stop others from advertising their areas with the same spirit-of-the-west flavor, they simply used the word “forever” to precede the word west in all of their commercial endeavors. They could have chosen “endless west” or “non-stop west,” yet the other combination sounded better rolling off the tongue. Their official tourist bureau Web site is now touting their empty spaces as the “Most Uncomplicated 98,000 square miles in America.” They add that by claiming that their state is one of the last places one can get an “up close and personal” peek at the true American West. If that isn’t enough, they throw in that “This is, after all, the state where the myth of the cowboy was born.” Maybe they won’t get a lot of flak from their neighboring states on that claim, as they did use the word “myth” with cowboy, rather than pulling out the “real” cowboy claim again.
Cheyenne, Wyo., hopes to attract the vacationers with “Live the Legend.” Sheridan, Wyo., decided to let everyone know that their town is, “Where the old west meets the new west.” The travel and tourism board for that city asserts that tourists will be sure to find “The west at its best” during their visits.
Now it appears that that Albuquerque, N.M., is stirring up another territorial turf war. Someone on their tourism board must have asked themselves, “Was it worth the trip?” when they returned home, as now they have trademarked those last three words. Funny, I don’t think I’ve ever been asked myself that question over all the years of family vacations. No matter where we decided to go, it was always worth the trip.
The advantage both states have in the sloganeering game is that the scenery remains the main attraction, and the visuals used in their commercials and brochures lend themselves to such promotion. Real is a kitchen-sink word that is used time and again to describe all sorts of experiences. This claim to fame based on reality is understandable, but more than slightly annoying to those of us who believe that our patch of the region is the true west, as well.
Come on sloganeers, get real.
dolly@theheraldtimes.com

Listen to this post The Meeker Herald — 125 years ago • We take the pleasure of announcing to the public that J.W. Hugus & Co. will, on or about the first of December, open […]

Listen to this post The stories written in the past three weeks by Meeker High School to-be-senior Calvin Shepherd are prophetic and troubling.