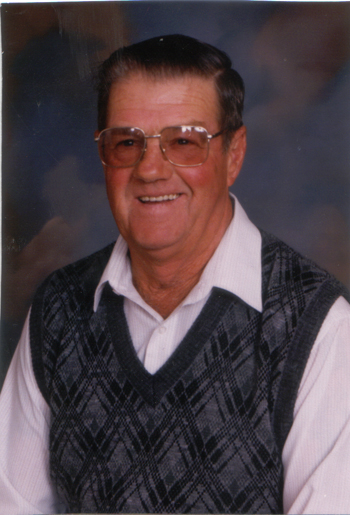 H.V. (Mac) McFarland, Jr. was born Jan. 10, 1933, in Leander, Texas, to the late H.V. McFarland, Sr. and Leona P. Simpson McFarland. He spent his younger years in Texas and New Mexico, Where his father was a civil servant working on military bases. Mac attended high school in New Deal (near Lubbock), Texas, where he was an avid football player, even receiving a scholarship to attend a local junior college. Mac was drafted during the Korean War in 1951, serving in the U.S. Navy on the USS Colahan. After the Navy, Mac returned to Lubbock, working with the family painting business. While in Lubbock, he met his lifetime sweetheart, Betty L. Norton, and they married in 1959. They had two daughters before moving to Colorado. In 1961, their son, Tim, was born in Meeker. Mac loved the outdoors, hunting, fishing and camping. He took up the game of golf and it became his new passion. Mac worked different places in Meeker before retiring from White River Electric in 1996 after 19 years of service. He enjoyed taking care of their property on the Mesa overlooking the White River Valley.
After a long illness, Mac passed away at his second home in Sherman, Texas, on June 23, 2010, surrounded by his family. Mac was preceded in death by his wife of more than 50 years, Betty, and his parents. He is survived by his children, Monica Holeyfield of Sherman, Melanie Story of Meeker, and Tim McFarland also of Meeker; grandchildren Kymberly Holeyfield of Fort Worth, Texas, Kristopher Holeyfield of Little Elm, Texas, Kelsie Story (Kyle Sena) of Meeker, Casey Story of Craig, Andy Massey of San Antonio, and Alex McFarland of Denver; great-grandchildren Dakota and Kale; brothers R.D. ‘Donny’ (Norma) McFarland of Cuero, Texas, and Jim McFarland (Pat) of Meeker; sisters Wanda Harris of Loma and Kathy North of Florida; numerous nieces, nephews, cousins, in-laws and a host of friends. Services will be held at the mortuary in Meeker on July 18 at 2:30 p.m.
Arrangements by Rio Blanco Funeral Home of Meeker.

Christopher Shane “Kit” Karschner was born Oct. 9, 1989, in Rangely, Colo., the son of David Alan and Deborah S. (Caswell) Karschner. He was raised and attended school in Rangely.

Invitation to the community choir

MEEKER | To all community choir members and others who like to sing, we will be starting practice on Sept. 19.

Longtime Meeker resident Erika Flaherty died peacefully in her home surrounded by her family after a long illness with dementia.