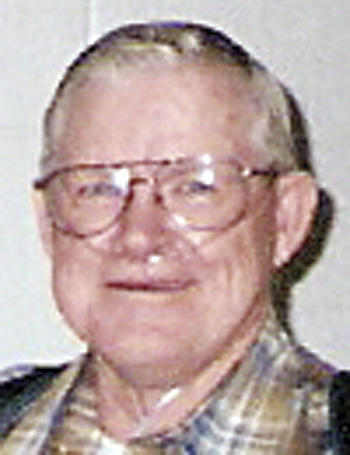 Well-known Rangely resident Robert J. “Bob” Woodley, 63, died early July 2, 2009, at his home, surrounded by his loving family.
Robert James Woodley was born March 28, 1946, in Pekin, Ill., the son of Robert M. and Theresa (Hume) Woodley. Bob was quite young when his mother died and he was raised into adulthood by an aunt and uncle on their farm near Fruita. Bob attended and would later graduate from Fruita Monument High School.
Following his graduation he entered the U.S. Navy, serving his country proudly during the Vietnam War. Following his discharge, he returned to western Colorado where he worked farming until hearing the call of the oil field. In 1985, Bob and his family moved to Rangely where he was employed as a pumper with Chevron.
Bob was a former member of the Rangely Elks Lodge but was most proud of his membership and devotion to Bible Baptist Church. Bob truly lived his life by the example of loving and serving your neighbor. Through the years he has taken innumerable people to Grand Junction or Vernal for doctor appointments and quietly served his master, never expecting fame nor glory.
On June 12, 1992, Bob was united in marriage to Melva Miller. He had also previously been married to Thelma Pitts as well as Linda McKillip.
In addition to his wife, he is survived by five children, Cathy Vigil and her husband Paul of Grand Junction, Deborah Woodley and her companion Randy Trujillo, of Fruita, Tammy Townsend of Colorado Springs, Lisa Woodley and Shalana Woodley, both of Rangely, two step-children, James Broce and his wife Regina of Riverton, Wyo., and Kristi Bird and her husband Bernie of Chattanooga, Tenn.; 12 grandchildren, Brandon and his wife Bethany, Jake, Russell and his wife Morgan, Rachelle, Travis, Pamela, Bryan, Tyler Broce, Michelle Bird, Shaylie, Tyler and Angelina, five great-grandchildren, Tyler, Ryan, Aiden, Amelia and Joseph. Many years ago Bob and Melva “adopted” Lucille Tolley and considered her to be their mother of the heart.
In addition to his parents, Bob has been preceded in death by one very special grandson, Cole Curtis Woodley, who has prepared the way for Grandpa Bob to meet and play with him in heaven.
Funeral services were held Monday, July 6 at the Bible Baptist Church with Pastor Jasper Whiston officiating. Cremation followed the services.
Memorial contributions are suggested to the Bible Baptist Church to be used for their playground or mission programs, but for those who truly knew and loved Bob, the family has asked that you would quietly go about doing a good deed for a neighbor or someone in need and you think of Bob as you “pay his gift forward.”
Cochran Memorial Chapel has been entrusted with the arrangements.

Listen to this post Patricia Ann “Pat” McComsey passed away April 9, 2019, in Phoenix, Arizona. She was born in Lincoln, Nebraska, on March 23, 1934, to Margaret and Leonard (Griffin) Styer. The family moved […]