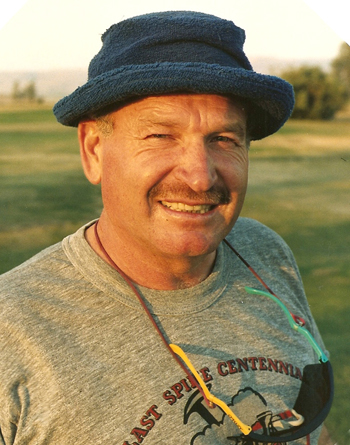 Walter “Skip” Baese, 76, died peacefully Tuesday, Sept. 7, 2010, in a hospice facility in Tucson, Ariz.
Born in Vernal, Utah, he is survived by his wife of 33 years, Neysa Dickey; three children (of a previous marriage) — sons Brad of San Diego and Kenny of Yuma, Ariz.; daughter Lorie Anne Miles, also of San Diego; and his brother Richard of Salt Lake City, Utah; as well as two grandchildren.
He was vice president of his high school graduating class in Rangely, where he was raised by his maternal grandfather. He served two years in the U.S. Army from 1954-1956 as a personnel clerk stationed in Munich, Germany, and attended Mesa College in Grand Junction.
His professional years began with a variety of jobs, leading to his position as business manager for Dinosaur Nature Association (a nonprofit organization in Dinosaur National Monument). While at Dinosaur, he met his wife-to-be, Neysa Dickey, who worked for the National Park Service as a secretary. In 1978, they moved to Seattle where Skip became the executive director and business manager for the Pacific Northwest National Parks and Forests Association, the non-profit organization associated with all the National Parks and Forests in Washington, Oregon, Idaho and Alaska.
When the couple moved to Deer Lodge, Mont., in 1982, following Neysa’s Park Service career, Skip retired and became active in the community as a volunteer tour guide at the Montana Territorial Prison and Grant-Kohrs Ranch National Historic Site, as well as enjoying golf, hiking, fishing, camping, working on their “fixer-upper” home and being a supportive “house-husband.” They lived in Deer Lodge for 12 and one-half years.
In 1994, they moved to Yellowstone National Park. In their 11 years there, he wore many volunteer hats: audio-visual technician; caretaker of park vehicles and snowmobiles; winter warming hut greeter, sharing his knowledge and love of the park; and general handyman. Healthy and active his whole life, he was diagnosed in 2002 with non-Hodgkin’s lymphoma. He went through chemotherapy and returned to his former lifestyle.
With Neysa’s retirement in November 2005, they settled in Green Valley, Ariz., where he remained active as a member of the local hiking club, joined the computer club and worked out daily in a fitness center near their home. In 2007, his cancer returned; he underwent more chemo and again returned to some of his activities. But in May of this year, his cancer and an advanced case of shingles finally took their toll. His health deteriorated rapidly, along with his mobility, but he held fast to his positive outlook.
A celebration of Skip’s life will be held at a later date. Donations may be made to your charity of choice.

Listen to this post Chantel Spring Powell was born March 11, 1978 in Rangely, Colo., to the loving parents of Vernon Powell and Cindy Williams-Ribble.

Listen to this post RANGELY I After 20 years of service, Roy Kinney has retired from the Rio Blanco Sheriff’s Department. Kinney has always been dedicated to the people of the county and his retirement […]

Listen to this post Ads for 02/26/15 ANNOUNCEMENTS ATV, Boat and Snowmobile Owners! You can now renew your Colorado OHV registrations online at: www.parks.state.co.us The Rio Blanco Herald Times accepts all major credit cards. You […]