As difficult as this legislative session was — and with all of the money wrangling it was a real doozy — first-term northwest Colorado senator Al White expects next year’s session to be even tougher. 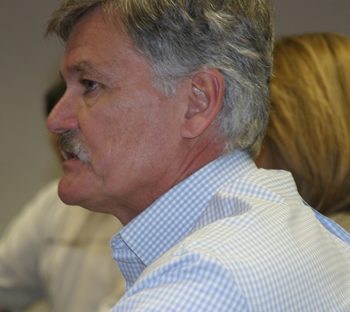 No way to cope with COPD; stop smoking

Listen to this post Tammie Freitag has two words for smokers. “Stop smoking,” she said. “Put it in bold, stop smoking, please.”

White named to tourism board

Listen to this post RBC — State Sen. Al White, of Hayden, has been selected for a spot on the Colorado Tourism Office Board.

Senator-elect White to continue on panel

Listen to this post RBC — Bringing eight years of experience from the House of Representatives, including two years as the House Republicans’ only member on the powerful Joint Budget Committee, Senator-elect Al White of […]