RANGELY | Ten teams played in the annual Bernies’s Tourney golf tourney last weekend on Cedar Ridges Golf Course and it was the defending club champion’s team blowing out the competition to win the four-person scramble by seve shots. Cedar Ridges Golf Course will next host the Elks three-man scramble June 17.
Local golf course manager Chris Hejl said the team led by defending club champion Clark Edwards, along with Brian Prater, Robby Elam and Terry Richardson, were “on fire.”
“They made birdie or eagle on 17 of 18 holes,” Hejl said of the winning team’s performance of 19-under par. “The course was a challenging setup by Hunter Fellows and the condition of the course is improving every day with the improved weather.”
Hejl, along with Kris Kauber, Mark Skelton and Ellen Boudreaux, played on the second place team, seven shots behind the champions.
Kelton Elam, Jessy Powell, Bryce Prater and Freddy Ruiz finished with the best net score (47), one shot better than Matt Burke, James Maybury, Dave Maybury and Cody Abbott.
The Summit/Midstream Com-pany tourney is June 3 and the Elks’ tourney will follow on June 17.
“The course should be in peak shape within a week or two,” Hejl said of the course condition.

RANGELY | The Rangely Ladies Club sponsored a free 10-week golf clinic for girls in sixth grade through high school on Mondays from 6-7:30 p.m. It was a big success, with 12-15 girls participating each […]

Big weekend of golf tourneys in Meeker; battle for cup in Rangely 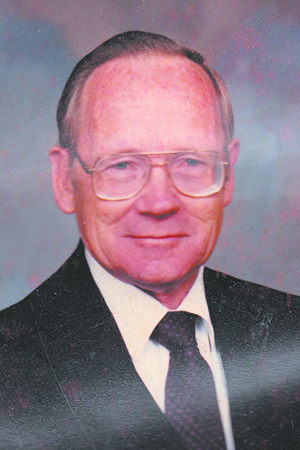