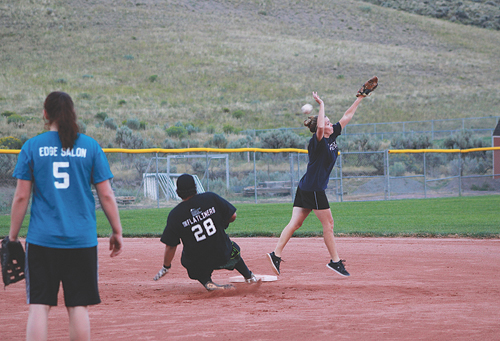 MEEKER | The 2017 Coed Softball League, sponsored by the ERBM Recreation and Parks District, has started the annual tournament and the championship game is scheduled to be played Aug. 14, at 8 p.m., at Paintbrush Park.
Ripped Shorts, the defending champions, entered the tournament as the third seed with a 7-5 record and they won their first game of the tournament Monday, eliminating the Warriors with a 20-8 victory.
Former champions and last year’s runner up, Ace Trucking, entered the tournament undefeated in 12 games and received a first-round bye as the number one seed. Number four Edge Salon (5-7) played fifth seed, The Flatlines (also 5-7) in the first round and won 16-9, which set up a game between Edge Salon and Ace Trucking to be played Wednesday after press time.
Number two, Watt’s Ranch Market, finished the season with a 10-2 record and were scheduled to play Fat & Happy, who would be trying for their first win of the season Wednesday after press time.
A semifinal game between Ripped Shorts and the winner of Watt’s and Fat & Happy will be played Monday at 7 p.m., at Paintbrush Park, followed by the championship game at 8 p.m.