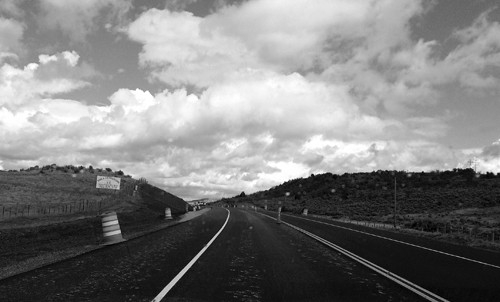 RBC | Motorists traveling Hwy. 13 between Meeker and Rifle can look forward to the end of a six-month construction project at the end of October. The project, which began in April 2016, covered 2.1 miles of highway from milepost 20.7 to 22.8 north of Piceance Creek. The road was widened from 26 feet to 40 feet with minor horizontal and vertical alignment adjustments, grading, paving, drainage improvements, signing and striping, seeding and replacing all fencing. The project, contracted by Old Castle and United companies cost $7.5 million. According to Colorado Department of Transportation communications manager Tracy Trulove, paving should be complete by the end of this week, followed by seeding and guardrail work the week of Oct. 10. “The project wrap-up should be by the end of October. I am unaware at this time of any additional projects slated for CO 13 in that particular area,” Trulove said. The average annual daily traffic on that stretch of highway is 3,549 vehicles.

Traffic around Meeker High School will move in a clockwise one-way direction. Traffic on Bob Tucker Drive and School Street remains two-way. The main entrance to the school is the north entrance. Students can park […]

RBC I County commissioners awarded a $5.6 million bid for construction project at two locations on RBC Road 5 and opened bids for an airport runway project, where the lowest bid was more than $8.7 […]