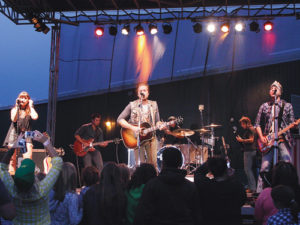 Gloriana headlined the music at Range Call over the weekend with a concert Saturday night. The group followed opening act Last Men On Earth at the fairgrounds in Meeker. 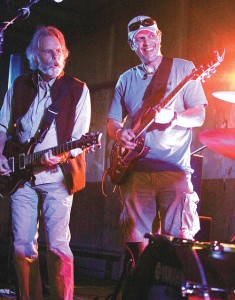 At the barn dance following the concert, the Matt Holliday Band set toes tapping to swinging country music with the help of a special guest performer. In the photo we see Matt Holliday on the right, accompanied by Bob Weir, better known from his days with The Grateful Dead. The music of the entire weekend was well attended and well received.

J.H. Sheridan, far left, holds up his hands as he is approached by robber Jim Shirley (partially hidden) in Saturday’s re-enactment of the Oct. 13, 1896, robbery of the Bank of Meeker.