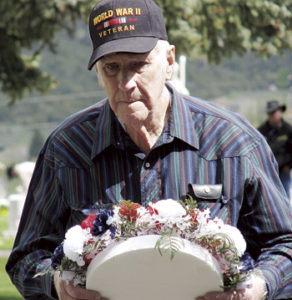 Nicodemus Timothy Goodson Colin and Maureen Goodson are pleased to announce the birth of their son, Nicodemus Timothy, on April 19, 2010, at 6:53 p.m. in Portland, Ore. Nico weighed 7 pounds, 14.6 ounces and […]

The White River is not flooding yet but the near-record snowfalls this season could result in major spring run-off. Rio Blanco County emergency manager John Hutchins said the town and county have prepared a plan […]

MEEKER — Ladies Night Out at the Meeker Rec Center pool will be Sunday, Nov. 16. From 5-6 p.m. only ladies age 21 and older will be admitted to the pool.