RANGELY I Rangely High School senior Tessa Slagle, one of two Colorado delegates chosen for the 2014 U.S. Senate Youth Program (USSYP), returned last month from “Washington Week,” part of a national initiative aimed at helping students understand the inner workings of the U.S. government and to encourage careers in public service.
The program, begun by the U.S. Senate in 1962 and funded by the Hearst Foundations, gave 2014 USSYP delegates a $5,000 college scholarship and experiences ranging from touring the White House and meeting President Obama to participating in an hour-long session with U.S. Supreme Court Justice Antonin Scalia.
Throughout the week, delegates heard from NASA Administrator Charles Bolden, Jr. before Skyping with members of the International Space Station; they ate dinner in the National Archives Rotunda, which houses the U.S. Constitution, the Declaration of Independence and the Bill of Rights; and they spoke with approximately 70 representatives and congressional leaders.
“It was just so overwhelming,” Slagle said. “There was so much to take in … Each (speaker) had important things to say, but, in the end, it’s probably meeting the president or Justice Scalia that stands out the most.”
President Obama seemed “stressed and tired,” Slagle said, although he answered questions and simply advised them, “Don’t be critical.”
Justice Scalia discussed the importance of structure in government functioning effectively and told the delegates, “Everything you do, do perfectly.”
“He was saying to choose one thing you love and give it everything you have,” Slagle said.
To be eligible to apply for a USSYP delegate slot, high school juniors or seniors must hold an elected position in an educational or civic organization. In addition to filing applications, students may also undergo a rigorous interview and public affairs exam process. They generally rank academically in the top 1 percent in their states.
Of the 104 delegates who attended this year’s Washington Week, Slagle said, several held perfect ACT scores with a majority planning to attend military academies or Ivy League schools, many on full scholarships. During Washington Week, fellow Colorado delegate Chinmay Pandit of Fort Collins’ Fossil Ridge High School learned he had won the Boettcher Scholarship, which pays for four years of undergraduate education at any four-year Colorado college or university.
“All of the kids were really good students; they all had a lot of ambition,” Slagle said. “Being with them all week helped me see there are a lot of kids out there who work hard and have bright futures. I learned the most from the other delegates. They all had so much going for them.”
Slagle’s goal of attending the University of Colorado or Colorado Mesa University to pursue a political science degree, then go to law school to specialize in water law, was strengthened by meeting U.S. Rep. Cory Gardner, who was raised in Yuma, Colo., and who was a USSYP delegate in 1993.
“It was just really cool to be able to connect with someone from Colorado who lived in a small town,” said Slagle, who introduced Gardner to the delegates before he spoke to the group. “He was raised on a farm, and he said, ‘Even a farm boy can make it on Capitol Hill or even be president.’ He said to start locally and work your way up from there.”
Although Slagle hopes to work in and for the same kind of small town she’s lived in all her life, she says Washington Week has opened her eyes to the potential she and others have to excel in public leadership and service.
“We learned that all it takes is passion and the love you have for your country,” she said. “We also learned we need to have relationships to build support.”
Slagle will attend a meeting of the Colorado Board of Education this week to formally thank them for selecting her as a USSYP delegate.

Rangely High School’s Outdoor Education class put the skills they’ve been developing to the test during a two-night trip to Moab, Utah. Students camped, cooked and saw some of the sights. Before earning the trip […]

RANGELY I The homecoming week at the Rangely Middle School turned out to be a success, no matter how wacky it really was! 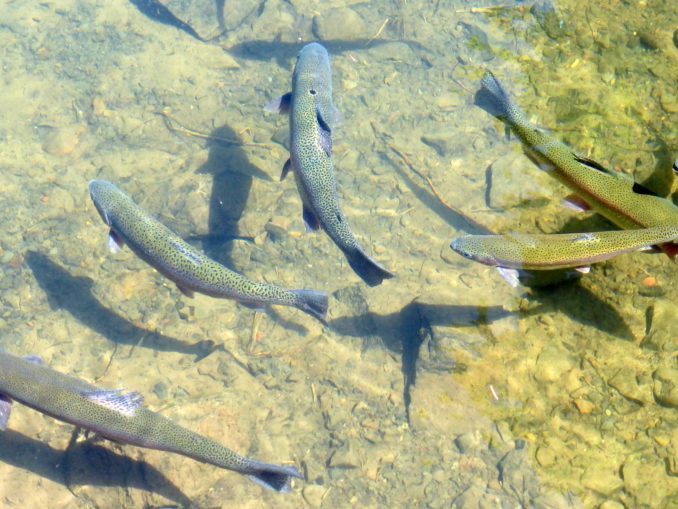