RANGELY I The lady Panthers basketball team played two games in the Basin Challenge last weekend in Duchesne, Utah, where they beat the host team but lost to Altamont.
Rangely struggled to score against Duchesne and needed an overtime period to score enough points to win 30-26 last Friday.
“Thank goodness our defense showed up, because offensively, we struggled,” head coach Quinton Kent said of the overtime win. “We feel like our defense will keep us in games but eventually we have to start making some baskets.”
The game was tied 6-6 at the end of the first period and the lady Panthers trailed by one at halftime.
“We made a run in the third quarter but then they came back in the fourth to force overtime,” Kent said. “They went up three early in overtime, then we finished on a 7-0 run to win. It was not a pretty win, but we were happy to have that kind of a grind it out win.”
Quincey Thacker led the lady Panthers with 16 points, including four in overtime and 18 rebounds, while Brittany Babineaux added 11 points and pull down the same number of rebounds. Kelsey Prosser scored two points in overtime and Aimee Hogan added a basket in the third quarter.
Five lady Panthers hit six three-pointers against Altamont, in a game Rangely easily won 41-17.
“They played a zone defense and we only shot 28 percent on shots inside the three-point arc,” Kent said.
“Fortunately, the zone defense provided us with opportunities to shoot from the outside and we shot 55 percent from behind the arc making six three-pointers.”
Babineaux hit two in the first quarter, Thacker hit one and scored nine of her 11 points in the first quarter.
“We jumped out to a 15-0 first quarter lead and controlled the game from there,” Kent said.
Hogan made a three-pointer and finished with nine, senior Shelby Neiberger hit a three and finished with six, and Aimee Hernandez hit a three in the fourth quarter. Chelsea Ficken rounded out the scoring with six points.
Rangely will host North Park tonight and Little Snake River on Friday. Admission is only $1 per person each night.

RANGELY I The Rangely High School girls’ basketball team played an extremely tough Paonia team and came up short, but they look forward to two home games this weekend as they host Hotchkiss on Friday […]

RANGELY I The Rangely High School boys’ basketball team posted a big win in their last game of the pre-holiday as they beat South Routt County (Soroco) by a 56-52 margin.

RANGELY I Only a couple of weeks had passed since most of the Rangely girls’ basketball team played on a volleyball court in the Colorado State Volleyball Champion-ships in Denver. This past weekend, the Lady […] 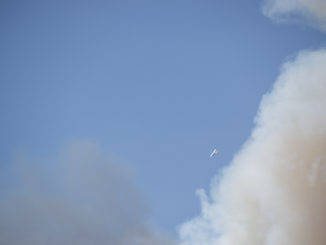