RBC I In spite of a severely dry summer season, excitement for the 2012 Capitol Christmas Tree project dominated much of the second half of the year in the eastern end of the county, while the western end focused on CNCC’s 50th anniversary celebration and the completion of the brand-new Rangely District Hospital building, which opens this month. 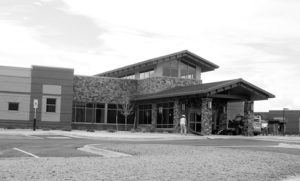 • Musicians are working to save “the tank,” an unused water storage tank west of Rangely near County Road 41. The space, which musician and composer Bruce Odland calls “a sonic wonder of the world,” […]

RBC I The following review was provided by Rio Blanco County staff.

• Snowmobilers gathered at the Lost Creek trailhead for the first annual “I Ride With James” benefit poker run. Funds raised by the 113 riders and 133 poker hands played go toward the James Sizemore […]