RANGELY I Victoria Phelan will find out Monday if it’s a go.
If doctors give her the go-ahead to resume playing sports, she will be in uniform Tuesday when the Lady Panthers basketball team starts its post-Christmas schedule with a game at Vernal, Utah. 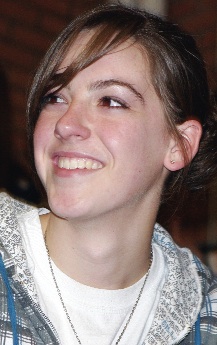 “That’s when they will decide if they will release me to play or not,” said Phelan, a junior.
Phelan, a three-sport athlete for Rangely, has been recovering from knee surgery. She had surgery at the end of June, after injuring her knee — a torn anterior cruciate ligament — during track season.
“I was long jumping at regionals and the board was all wet,” she said. “I slipped and it just tore.”
At first, Phelan didn’t think the injury was that serious.
“I knew I was hurt, but I thought it was just a sprain,” she said. “I went to the state track meet and jumped, just not very well. My knee was weak. It didn’t really hurt, but I could tell something was wrong.
“I took like four weeks off,” she continued. “Then I tried to play basketball and it just gave out. So we went to the doctor.”
That’s when she found out the extent of the injury.
She missed all of volleyball season and the first six games of the basketball season. The Lady Panthers went 3-3 in games before the Christmas break.
Phelan, the younger sister of Patrick Phelan, leading scorer for the Rangely boys’ team, was the Lady Panthers’ leading rebounder and second-leading scorer as a sophomore. Not being able to play in any games so far this season has been frustrating, she said.
“It’s hard to just sit and watch, especially when (her knee) feels good,” she said.
Phelan has been able to practice with the Lady Panthers, but on a limited basis.
“I just can’t scrimmage or anything,” she said. “I run. I can do drills. I just can’t do any contact.”
She’s hoping she’ll be able to take the court Tuesday in what will be a busy week for the Lady Panthers. They have games Tuesday, Friday and Saturday.
“I’m excited,” said Phelan, who will wear a brace on her surgically repaired knee. “I don’t think I’ll be nervous.”

See you at Septemberfest, it’ll be great!

RANGELY I Things have been kind of crazy lately for the staff of Western Rio Blanco Metropolitan Recreation and Park District. Moving will do that to you.