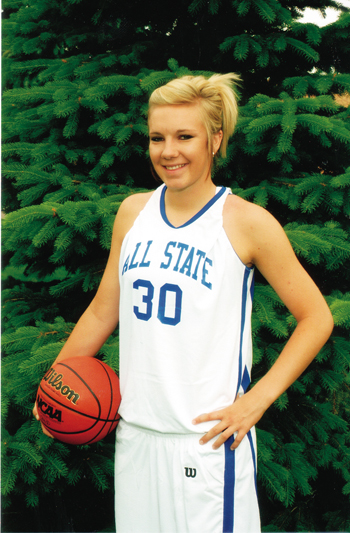 RBC I Both ends of the county were well represented at last weekend’s all-state basketball games.
Stacey Fitzgibbons, who was recently graduated from Meeker High School, and Patrick Phelan, who was graduated from Rangely Senior High, both participated in the all-state games.
“It was a really awesome experience,” Fitzgibbons said. “I felt like I actually played pretty well.”
Her high school coach, Hallie Blunt, agreed.
“Stacey played really well,” Blunt said. “In the first game, she only got about five minutes rest in the entire first half and finished with seven points and about eight rebounds. She was only two for six from the free-throw line or she would have been in double figures. In the second game, her team really played well together and she had six points and probably eight rebounds. She said she really enjoyed her team and the entire experience.”
The all-state games were played at the University of Northern Colorado in Greeley. Each team played two games.
“I knew the girls from Paonia from playing against them (during the season),” Fitzgibbons said.
Fitzgibbons was the Western Slope League’s co-most valuable player and was first in the state in rebounding (11.7 per game) and fourth in scoring (17 per game) in Class 2A.
For Fitzgibbons and Phelan, they have played in their final games of organized basketball. Both will attend college in the fall, but they won’t continue their basketball careers.
“I’m gonna miss it so much,” said Fitzgibbons, who will attend Northeastern Junior College in Sterling. “I have an offer to play there, but I also have a full ride for livestock judging. It would have been a really full load to do both. Just with the little time off (between the end of the season and the all-state games), I missed it a ton. It was awesome to be on the court again, but college ball, it’s not high school anymore.”
Fitzgibbons played volleyball and basketball at MHS. But basketball was her favorite sport.
“Definitely,” she said. “I love the game of basketball.”
Fitzgibbons was a two-year starter for the Lady Cowboys.
“I don’t think it’s really sunk in yet (that her playing days are over),” she said.
Fitzgibbons’ coach said the all-state games were a fitting way for her to end her career.
“It was a great reward for the dedication and hard work of an elite group of athletes,” Blunt said. “I was so proud of Stacey. I told her she looked at home among the very best. This was really an outstanding finish to an exceptional high school career.” 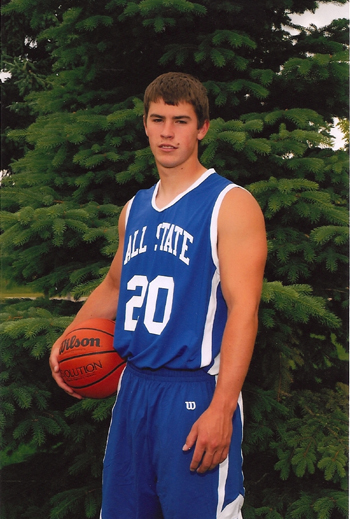 Phelan, who will stay at home to attend Colorado Northwestern Community College in Rangely, plans to major in geo-science.
“They wanted me to play ball here, but I decided against it,” said Phelan, who averaged about 25 points a game during his senior season. “I have enough credits that I’m almost a sophomore. So I’ll get my associate’s in a year and then go somewhere, probably Mesa (State College in Grand Junction) and stay close.”
Phelan enjoyed the experience of playing in the all-state games.
“I did all right,” he said. “It’s been awhile. I got hurt in track. The very first meet I pulled my hamstring, but that didn’t bother me much in basketball.”
Phelan was impressed with the quality of players in the all-state games.
“Oh, there were some really good players,” he said. “It was a lot of fun.”
Phelan’s coach, Mark Skelton, traveled to Greeley to watch his former player in the all-state games.
“He did pretty well,” Skelton said of Phelan, who was the leading scorer in the Western Slope League. “In the first game, I think Patrick had 11 points and seven in the second game. So, not a bad showing, and it was against all classifications of players, from 5A to 1A. He did a nice job. It showed Patrick some things, that he can play at any level suited for him.”
Meeker’s Mitch Jacob was named all-state in both football and basketball, but didn’t play in the games, because of a conflict. He was the league MVP in basketball.
“I wish he would have showed. Maybe we would have won a game,” said Phelan, whose team lost both of its all-state games.