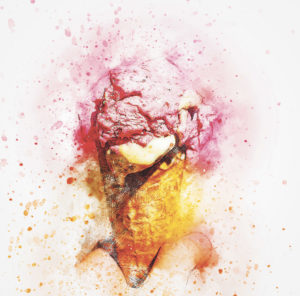 RANGELY | Baskin-Robbins may boast 31 flavors, but if you take all the flavors submitted in the annual Ice Cream Contest and Social sponsored by the Rangely Outdoor Museum since its inception, Rangely surely has them beat.

From cinnamon, to coconut lime, to vanilla bean crunch, to vanilla marshmallow, to jalapeno, to every variety of peach imaginable, there’s no telling what tasty treats will be available for sampling this year, but you can guarantee that they’ll all be homemade and they’ll all be delicious.

The first Septemberfest Ice Cream Social and Contest was in 1996 when the Rangely Outdoor Museum opened at the new location behind the East End Park off Kennedy Drive. The main members associated with starting the social were Don Peach, Maxine Fullbright and Vicki Claybaugh.

Contestants are encouraged to bring at least one gallon of their favorite homemade ice cream recipe—created without mixes, prepackaged or artificial flavors, and using only fresh ingredients—to the museum at 200 Kennedy Dr. by 4 p.m. Friday, Aug. 30. On average, five to 10 entries are received each year.

Judging takes place on Saturday, and entries are scored based on flavor (weak, just right, or strong); freshness of ingredients, consistency and overall taste.

Cash prizes are awarded to the top three winners. Past prizewinners have included lemon cheesecake, lemon and orange, peanut butter with chocolate, and root beer, among others.

Prizes are awarded on Sunday during the ice cream social, when free ice cream and lemonade (a $1 per person donation is encouraged) are served to attendees by the contestants amid live entertainment. This year’s social begins at 1 p.m. Sept. 1 at the East End Park in front of the museum.

BY NIKI TURNER | Special to the Herald Times

RANGELY I Rangely’s annual Septemberfest is just around the corner and this year new activities are planned along with the traditional fun for all participants.

RANGELY — Of course, Willie Wills knew of Walker Evans, one of the best-known off-road drivers of all time. He’d even crossed paths with him a few times at four-wheeling events.