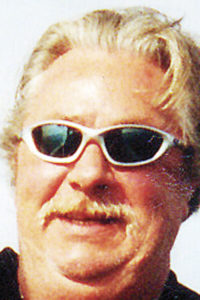 Arthur David Tolley, 60, passed away Tuesday, Aug. 30, 2011, at New Life Hospice of St. Joseph in Lorain, Ohio.Arthur was born on May 4, 1951 to his loving parents, William Amos and Aileen Dorothy (Starkey) Tolley. He attended Lorain High School and was married on May 12, 1969, to his loving wife, Lydia Marie (nee: Alicea). Arthur worked for RAK Corrosion Control as an industrial painter. He enjoyed restoring classic muscle cars, fishing and hunting. He is survived by his beloved wife of 42 years of marriage, Lydia Marie Tolley of Lorain; daughters, Adele Rodriguez of Lorain and Kristian Cabrera of Lorain; sons, Arthur Amos of Rangely, Colo., and Edward Robert of Junction City, Kans.; eight grandchildren; two great-grandchildren; mother, Aileen Tolley of Dinosaur, Colo.; sister, Aileen Moore of Dinosaur, Colo.; brothers, William of Alaska and Samuel, Frank and Mark of Rangely, Colo. He was preceded in death by his father, William Amos Tolley, and brothers, Edward R. and Patrick Tolley. The family received friends at Reidy-Scanlan-Giovannazzo Funeral Home, 2150 Broadway, Lorain, Ohio, 440-244-1961, on Saturday, Sept. 3, 2011. A funeral service was held at the funeral home on Sunday, Sept. 4, 2011. Memorial donations in Arthur’s name may be made to the Salvation Army, 2506 Broadway, Lorain, Ohio 44052 or to the Vietnam Veterans Memorial of Lorain County in Amherst, Ohio, P.O. Box 258, Lorain, Ohio 44052. Online condolences may be sent using www.rsgfuneralhome.com.

Glenda F. Wenschhof of Meeker died Saturday, July 9, 2011, at her ranch home near Meeker following a lengthy illness. She was 62.