RANGELY I When officers entered the house at 134 Darius Ave. on the afternoon of July 3, they found the body of Jerry Snider Sr. on the floor in the living room.
He “appeared to have been dead for a period of time,” according to the arrest warrant.
Authorities estimate the 50-year-old Rangely man was killed “sometime between the night of July 2 and midday on the 3rd,” said Sgt. Roy Kinney, Rio Blanco County Sheriff’s investigator. 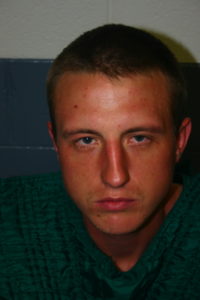 RBC I Monday is the last day to register to vote in the Nov. 2 general election. Mail-in ballot applications (formerly known as absentee ballots) are available at the county clerk’s office in Meeker (555 […]

I would like to thank all of the parents and fans for all of the support they have given us throughout our volleyball season. It was so exciting to see the family members, along with […]

Up and down el Rio Blanco: Chambers continue annual traditions

For years, the Meeker and Rangely chambers of commerce have hosted annual events to gather, recognize, socialize, network, feed and entertain their members and the tradition continues in Meeker tonight and in Rangely Saturday.