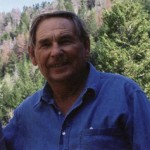 Chester Elmer Long Jr. passed away Monday, June 15, 2009, at the age of 77.
Chet was born January 25, 1932, in Bixby, Okla., to Chester Sr. and Dorothy Nelson Long. His family moved to Rangely, Colo., in 1945, where he was graduated from Rangely High School in 1952. He was active in sports and was student body president. After high school, he served in the U.S. Army in Japan.
Chet married Shirley Steele and they had four children. After their divorce, he married Nancy Crafton in 1976. He retired from Edwards Air Force Base in 1987 and moved to Yuma, Ariz.
He is survived by his wife Nancy, his children Ed (Laurie) Long, Denver, Ron (Robin) Long, Las Vegas, Linda (David) Judd, Quartz Hill, Calif., and Lois Rae (Kevin) Tucker, Mesa, Ariz., brother Bertlee (Bev) Long, Riverton, Wyo., sisters Loretta (Tom) Ruggles, Escondido, Calif., and Lynovetta Norton, Grapevine, Texas, 20 grandchildren and five great-grandchildren.
Preceding him in death were his parents and two brothers.
Chet passed away peacefully at his cabin where he loved to be. Chet had two great loves, his family and gold prospecting.
Funeral services will be held on Saturday at 11 a.m. at the Church of Jesus Christ of Latter-day Saints in Rangely. A viewing will be held one hour prior to the service at the church.
Burial will follow at the Rangely Cemetery with military honors.
Arrangements entrusted to Snell-McLean Funeral Home, Palisade.

Listen to this post For the past five years, golfers from Meeker and Rangely have played matches against each other, alternating courses each year.

Listen to this post Scott and Mikki Robertson of Rangely are proud to announce the upcoming marriage of their daughter, Mandi Lynn Robertson, to Todd Allan Hirsch, son of Dale and Barb Hirsch of Miles […]

Listen to this post RANGELY I Different year. Different team. Same result. The Lady Panthers lost all three matches at the Class 2A state volleyball tournament last weekend in Denver. Two years ago, the same […]