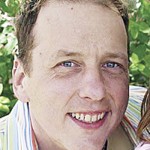 RBC I Ran Cochran, 41, died Feb. 28, 2011, in Wasilla, Alaska. The official cause of death has not been released, pending results of an autopsy.
Cochran and his former wife owned and operated Cochran Memorial Chapels in Meeker and Rangely for 12 years.
According to family friend and former coworker Sue Kirkham, Cochran moved to Alaska in August 2010, with his daughter Sydney and worked for Valley Funeral Homes and Crematory as a mortician.
“He enjoyed it and considered it an adventure for him and Sydney,” Kirkham said. “He enjoyed the beautiful area.”
Kirkham was asked by the family to be in charge of the funeral, which will be held at St. James Episcopal Church Monday, March 7 at 11 a.m. in Meeker. An additional service will be held in Ft. Morgan, Colo., Saturday March 5. Cochran will be buried in Highland Cemetery.

Listen to this post RBC I Veterans can still get a free flu shot at the Grand Junction VA Medical Center or one of its clinics in Craig and Glenwood Springs. Flu shots are given […]

Listen to this post Rangely Jr./Sr. High School is proud to announce the honor roll for the junior high first and second quarters and the high school first semester.

Listen to this post MEEKER I A good coach can always bring the best out in his athletes and the late Bob Tucker was known for doing just that, whether on a football or baseball […]