Rangely is a young town as towns in Colorado go. It was not incorporated until 1947. The first paved roads did not make it to Rangely for another decade. However, people take pride in the community, and our senior citizens recall with pleasure and nostalgia how their lives were in the early days. 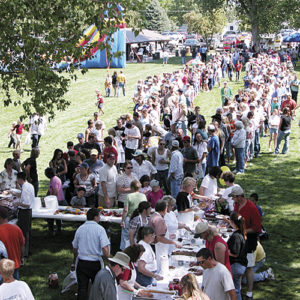 One of the projects of the Rangely Museum Society is to record the oral histories of these older people. These oral histories, many of them transcribed and available at the Museum, add a human dimension to the exhibits, buildings, and artifacts at the Rangely Outdoor Museum.

The Rangely Outdoor Museum preserves in historical buildings and exhibits the unique history of the Rangely area. There are three distinct periods: Native American and Prehistory (from the distant past until 1883), Pioneer and Ranching (from 1883 until 1946), and Energy Development (from 1946 to the present day). There are overlaps in these periods: Native Americans returned periodically from Utah to hunt and trade well after the turn of the century, shallow oil wells and deep exploratory wells were drilled well before 1946, and ranching still continues as an important contribution to the economy of the region. 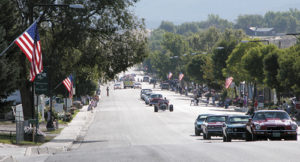 The Fremont Indians lived in the Rangely area until about 1200 AD when they left, either as a result of a long period of drought or from pressure from other tribes entering the region. The Utes followed the Fremonts and were one of the last Indian Nations to lose their independence. In 1879 Utes killed Nathan Meeker, the Indian agent at what is now the Town of Meeker, and ten of his followers as a result of efforts resented by the Utes, who were people of the horse, to make farmers out of them. The Museum has exhibits of arrowheads, tools, rock art replicas, and artifacts of Fremont and Ute Native Americans.

The first Europeans to pass through what is now Rangely were Fathers Dominguez and Escalante who in 1776 led a Spanish expedition to find a way from Mexico to California. There is a monument on the highway just north of the Outdoor Museum commemorating this expedition. In the early 1800s, trappers penetrated the area, and on rock ledges not too far away, some of these trappers inscribed their names.

In 1882 Charles P. Hill and Joseph Studer brought in herds of cattle and established a trading post where Douglas Creek enters the White River. Other cattlemen and sheepmen soon followed. Pioneers came by wagon to establish homesteads. 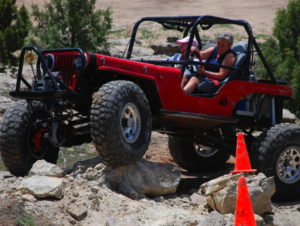 As more people moved into the area, a town center gradually developed. Stores were established and homes were built. In 1913 the townspeople got together and built a new school. This attractive clapboard building was turned over to the Rangely Museum Society in 1971 and was moved to the Outdoor Museum in 1993. It houses a series of exhibits that reflects the life of the Town in those early days. At one time persons who ran afoul of the law were handcuffed to light poles along Main Street. A jail was built and this practice was discontinued. The old jail has been restored and placed at the Museum. In 1997 the Volunteer Firemen built a replica of a fire station to house old fire equipment.

It was known from the earliest of times that there was oil in Rangely. Indians used oil seeping out of the ground for medicinal purposes. There are place names such as Stinking Water Creek where surface waters mixed with oil. However, it was not until after World War II that an oil boom took place. Thousands of people descended on the Town. Many lived in tents or dugouts. A local entrepreneur hauled in abandoned trolley cars from Salt Lake City and rented them out to people for shelter.

There are also vast deposits of natural gas and coal around Rangely. Only recently have natural gas deposits been extensively developed. However, coal from the earliest pioneer days was mined for home consumption. Later, coal was hauled from mines to serve the needs of neighboring communities in Utah, and coal was used to fire steam-operated rigs and engines in the early exploratory days of the oilfield. The Outdoor Museum has some exhibits from those times and plans on establishing a section at its Outdoor Museum for old mining and oil field equipment.

What happens during a recall?

Letter: The hows of recall