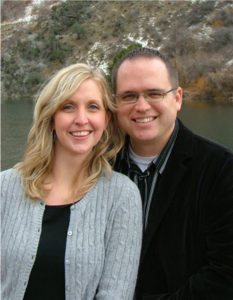 RANGELY | R. Brent and Bonnie Crosbie of Providence, Utah, announce the upcoming marriage of their daughter Jeanette to Matthew Robert Dahl, son of Gary D. and Louise Dahl of Rangely.
Jeanette grew up in Providence, Utah, was graduated from Mountain Crest High School and then attended Mesa State College in Grand Junction, where she studied nursing and played volleyball. She was graduated from Mesa State with a bachelor’s of science degree in nursing. Matt grew up in Rangely, was graduated from Rangely High School and then attended Mesa State College, where he was graduated with a BS in political science. It was at Mesa State that they met and fell in love.
Jeanette is currently working as a nurse in the medical/cardiac intensive care unit at the University Hospital in Salt Lake City and continuing her studies to become a family nurse practitioner. Matt is currently working for Salt Lake City local government in its redevelopment agency. They both love to spend time with each other, with their extended families, and in traveling the world when time allows in their busy schedule.
They will be married on Saturday, Feb. 27 with a reception to be held in their honor that evening at the Old Rock Church in Providence from 6-8 p.m. After a honeymoon to Paris, France, they will return to Salt Lake City, where they will begin their life together.

This week marks a milestone in the life of the Herald Times. On Saturday, the newspaper will begin its 125th year in business. The town of Meeker will also start its 125th year, beginning in […]