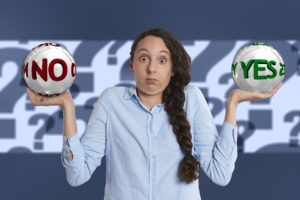 We dwell in a representative democracy (as opposed to a direct democracy), in which we elect individuals to represent us according to geographical area or population distribution.

It’s easy to say, “I voted for so-and-so.” It’s more complicated to examine so-and-so’s actions and behaviors after he or she has been sworn into office, but that’s really when we should start paying close attention… not during the dating stage called “campaigning.”

Remember dating? I did things while dating my husband that I have never willingly done since, like camping and four-wheeling. To be fair, he went to poetry readings and toured historic buildings with me while we were dating. People do things while dating for the sole purpose of pleasing their dates. Dating is notoriously deceptive. The same can be said for campaigning for political office.

That said, when our elected officials do something that seems completely contrary to the things they’ve said on the campaign trail, or since getting in office, it makes you wonder who they’re representing.

Have you ever “sent a representative” to cover for you at a party or social event? Did they get drunk and make a fool out of themselves in your name? Steal the family silver and blame someone else? If so, would you send them again? Probably not.

What recourse do we have when we feel like we’re not being fairly represented? When it seems our representatives are concerned with the interest of a few, not the many?

In this week’s paper you’ll find the usual run of regular news and sports and so forth, as well as  our annual hunting guide, and two new additions: a Septemberfest supplement and a Meeker Classic supplement.

It’s our hope that you’ll be able to pull out those special sections and refer back to them this week for schedules of events and activities as our communities celebrate two of their biggest events during the coming week.