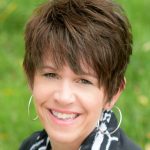 The election of 2016, with all its flaming rhetoric, is behind us. We have elected the 45th president of the United States of America. May he be given all the wisdom, compassion and grace he will need in the days ahead to keep his promise to “make America great again.”
And now it’s time to return to reality. We’ve spent the last 18 months or so acting like one man or woman is going to save us from our national woes the way small children believe Santa Claus will solve all their problems. We’ve finger-pointed, hurled insults, promoted fear, latched onto one conspiracy theory after another and generally behaved very badly. On both sides of the aisle. We’re all guilty.
It’s time to stop acting like a bunch of rude, mouthy teenagers, roll up our sleeves and start adulting again. Santa’s not coming. Magical thinking isn’t going to fix anything. It’s going to take mature individuals working together, not against each other, to accomplish what needs to be done.
We need to set aside our stupid partisan politics and remember that before we were Republicans or Democrats or members of the Nutrition party (Seriously… anybody else notice that one?), we were—and still are—Americans.
Our second president, John Adams, warned us about the party system. “There is nothing which I dread so much as a division of the republic into two great parties, each arranged under its leader, and concerting measures in opposition to each other. This, in my humble apprehension, is to be dreaded as the greatest political evil under our Constitution.”
We need to take that warning to heart, set aside all of the party nonsense, and return to being the country that beats all the odds by coming together as one cohesive unit: we’re the great American melting pot. We take our diversity and use it to become stronger, not weaker.
How are we going to shake off all the ugliness we’ve seen and contributed to and get back to being the nation our ancestors worked so hard to establish?
We start by being kind to our neighbors and looking out for one another, in spite of our differences.
We start by being respectful in word and deed, even toward those we disagree with (something Americans have been very bad at for the last eight years).
We get involved in “the system” instead of just complaining about it. We go back to civics class and get educated about our government, our Constitution and the way things work instead of letting our legislators (or mass media, or worse, social media) tell us what they want our government to be (which is always to their personal benefit).
We read those public notices and legal agendas in the paper and find out what our town councils and county commissioners are doing.
We go to meetings and ask questions. We raise our voices and we participate because this country doesn’t belong to the government, it belongs to the people. But we, the people, need to do our part, or those of questionable motives and morals will do our part for us.
That’s being a responsible, mature American citizen, and it’s the example we need to set for our children and our grandchildren.

I enjoy facts and figures regarding the weather. Maybe it is because I have been exposed to both extremes in my life. While I did basically grow up in Colorado Springs and Boulder, which are […]

Whoever it was who said you can’t go home again, I beg to differ. I spent the past six days in Rio Blanco County, and I felt right at home. It has been five years […]