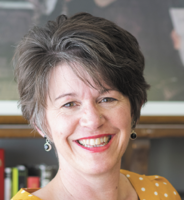 No one likes to be inconvenienced. Whether it’s a canceled event or a traffic jam or a missing item on a store shelf, inconvenience happens to us all. How we respond to those situations says a lot about who we are as people, for good or for bad.

Generally, things we find inconvenient are things over which we have no control. Instances of being inconvenienced by someone on purpose are blessedly rare. So what is the appropriate response to inconvenience? How about a little compassion? Or some empathy? At the bare minimum, a shred of patience? That kind of response is harder and harder to find these days, and that’s a shame on us all.

We were sad to hear that Meeker Chief of Police Phil Stubblefield has announced his plans to retire in April. Stubblefield, aka “Officer Friendly,” has served the county and the community for many years, and we wish him the very best.

Yes, the opinions continue this week, and that’s OK. We’re all learning and growing and changing, or we should be. It takes some serious humility to admit that you’ve been deluded, deceived, ignorant or otherwise wrong, especially as an adult. Perhaps that’s why it’s so rare to find anyone over the age of 10 who’s willing to ‘fess up. Perhaps that’s how we’ve gotten where we are in the polarization of our society. Meanwhile, do your own research, and while you’re doing it, click on the links you don’t agree with. Why? So you don’t end up in a confirmation bias bubble of your own making.

This week’s tragic news about the cabin fire upriver provided a sad commentary on the state of the media. A “local” TV station posted the press release on social media with a file photo from a 2015 fire in Tennessee. When several people over the course of a couple days asked whether the photo was actually from the local fire (which a simple Google Image Search revealed it was not), instead of changing out the picture, the station just deleted the comments. Wow. Just wow.

From My Window: Graduation a great time—with a touch of reality

Listen to this post This Saturday, Rio Blanco’s two high schools are going to turn a bunch of teenagers into adults and turn them loose on the world. Chances are pretty good, I’d say, that […]

Editor’s Column: Moderation is key, even at Christmas

Listen to this post On the holiday each year when we hold our freedoms most dear, I get a bit frustrated that so many folks forget that with freedom comes great personal responsibility. Lighting illegal […]