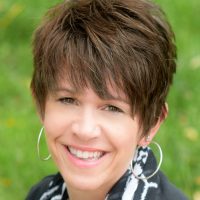 Someone in my household changed the toilet paper roll this week. Despite the fact he or she put the roll on upside down—whoever did it, thank you. (And if it ever happens again, the end of the roll goes on top, because that is just how it should be done.) It was a reminder for me that sometimes it’s the little things that make all the difference.
That’s true in marriage, it’s true in yoga practice and it’s true in almost every other aspect of life. As humans we tend to change in minuscule increments, not giant leaps, whether for better or for worse. But, as humans, we also tend to try to “do all the things” at once, and never is that more apparent than at this time of year.
We’re in the midst of the season of excess. From Thanksgiving until New Year’s we overeat, overspend and over-schedule ourselves. And then come New Year’s Day we do a 180 and go to the opposite extreme with diets and budgets and buying new planners, resolving to “do better” in the year ahead. Attempting to make drastic changes all at once rarely works out well, whether you’re talking about healthy eating or starting a new exercise regimen.
Maybe, instead, we should think about making incremental changes. The saying “the straw that broke the camel’s back” refers to those small changes, and the dramatic cumulative effect they have. It starts with thoughts, goes on to words and culminates in actions. Maybe, while we’re in this season of excess, we can start making small, positive changes, and then, by the time we hit New Year’s (my favorite holiday—yes, it’s weird), we’ll already be turned in the right direction—toward success.
I’m trying to accomplish those small steps toward positive progress in one very small area right now: my posture. Years of slouching over a desk has generated some unpleasant health consequences.
On my doctor’s advice to seek a solution for my shoddy posture I bought a newfangled wearable device that clips to my shirt and “buzzes” me whenever I slouch for more than 30 seconds at a time. It’s slightly less offensive than my piano teacher’s fingernail jabbing me in the back, but it lasts all day, not just half an hour.
According to the website, it takes two weeks of being zapped like Pavlov’s dog to make a definitive change in one’s posture. Two weeks is suddenly a very long time.
—
Fantasy football is underway for the season. From what I understand, you pick the players you think would make the best team, and then, based on statistical averages, see how your imaginary team would do against someone else’s imaginary team.
Personally, instead of fantasy football, I’d like to see a fantasy government league where we get to put together our own executive, legislative and judicial branches. Instead of having virtual games, we can pass virtual laws, and then run the algorithms and see how those decisions would turn out for the people. Whoever wins the fantasy government league would get to appoint his or her choices to the real government for a year.
Just a thought.
—
This week’s kudos go to the cast and crew of “Shrek.” First, taking on a stage version of an immensely popular Disney movie is a huge challenge in and of itself. How do you take beloved animated characters and translate them to the live stage? The cast of and crew found the answer to that question and went a step beyond. Second, limiting your cast to ninth graders and younger is like tying one hand behind your back before trying to accomplish the previous goal. But these aren’t, apparently, your average young people, or your average stage crew.
We have an immensely talented group of young people in our community and a dedicated team supporting them. If “Shrek” didn’t convince you, maybe the fact our high school choir has been invited to Carnegie Hall to perform, and our ERBM dance team will perform (again) at a nationally televised collegiate football playoff in January, will. And all of this in an era when the arts are falling under the guillotine of budget cuts in our public schools. Let’s do whatever we can as a community to help these talented performers find their path to success.

The annual passing of another year in my life occurred on Saturday, and it has always been deemed a great success when the day is spent doing nothing tough. That means not getting up early, […]

Editor’s Column: There are no easy answers

A well regulated militia being necessary to the security of a free State, the right of the People to keep and bear arms shall not be infringed.” – The Second Amendment of the United States […]