RBC I Longtime Colorado Northwestern baseball and basketball coach Paul Conrad will be inducted into the Colorado Dugout Club Hall of Fame later this month.
At a banquet and ceremony held at the Denver Marriott Tech Center on Jan. 18, he will join the ranks of professionals including University of Northern Colorado baseball coach Tom Petroff, Denver Post sportswriter Irv Moss, and Western Slope sports icons Gene Taylor and Sam Suplizio. Tom Runnels of the Colorado Rockies will speak at the event.
The honor “came out of the blue,” Conrad said. “I found out and said, ‘That’s great.’”
Conrad began coaching baseball and basketball at Rangely College in 1967, taking on administrative and teaching roles along the way. He also ran the summer youth baseball program through the recreation district for more than two decades.
Opportunities to move on to other things never seemed better than what he was doing here.
“I did everything (at CNCC),” Conrad said, laughing. “I was basketball coach, baseball coach, athletic director, I had classes. I taught intro to P.E., first aid, sports officiating, and techniques of coaching basketball and baseball.”
The Colorado Dugout Club’s nomination criteria include, among other qualifications, high standards of sportsmanship and ethical conduct. Nominees must be involved in the baseball community for at least 15 years and have made significant contributions to “the advancement of baseball on and off the field at the local, state, national or international level.” Coaching ability is another consideration, as demonstrated by a coach’s overall records, championships, and honors.
For the man known as “the Legend” to players and coaches not only on his teams, but to those against whom his teams competed, those criteria hit the mark, particularly in Conrad’s advancement of the principles of baseball—both on and off the field.
“He knew people all over and was well thought-of all over the place, everywhere we traveled,” said Ted Bergquist, who played baseball and coached for Conrad in the late ‘80s and early ‘90s. “He got guys going not just on baseball and basketball; he was teaching life. There were so many young men he taught and helped grow into men—through baseball, basketball, and in the classroom.”
Bergquist, who will introduce Conrad at the Hall of Fame ceremony, became a professional umpire after Conrad urged him to try that aspect of the game.
“I (umpired) about 10 games and realized I was an umpire and not a coach,” Bergquist said. “I like to blame him for ending my coaching career….I run into players who played for him ten years before I did, and we all have the same thoughts about what he did for us as people. He taught life through sports, and that was the big deal. It was very refreshing.”
Hans Parkinson, who will attend the ceremony to see his friend honored, officiated baseball and basketball games at CNCC for years.
“He did a lot for kids….he was not only a coach, he was a dad to them, he was a role model to them,” Parkinson said. “What (the Colorado Dugout Club) is doing for him has been a long time coming. He’s well-deserving of what he’s getting.”
Along with wife Sharon, at least two of Conrad’s four children, Kim and Dawn, and possibly a third, Rusty, will watch their dad’s induction into the hall of fame. Daughter Kiki bought airline tickets to fly the Conrads to Denver for the occasion.
As Conrad looks back on a full career, he has no regrets.
“I enjoyed being here and coaching the sports and everything else,” he said. “The college was really good to me. I had a lot of fun with it.”

Listen to this post Katsuhiro Sasagaki, or Sasa, (left) and Alan Henke (right) pose next to a display board at Saturday’s Nuclear Abolition event at CNCC in Rangely. Sasa, a Japanese foreign exchange student and […]

Listen to this post The Colorado Community College System (CCCS) has announced the launch of a new, guaranteed admission program called the Bridge to Bachelor’s Degree Program. Under new agreements signed by CCCS and several […]

Seats open on college board of trustees

Listen to this post RANGELY | The Rangely Junior College District election will be held Nov. 1, 2011, for two open seats on the board of trustees for four-year terms. 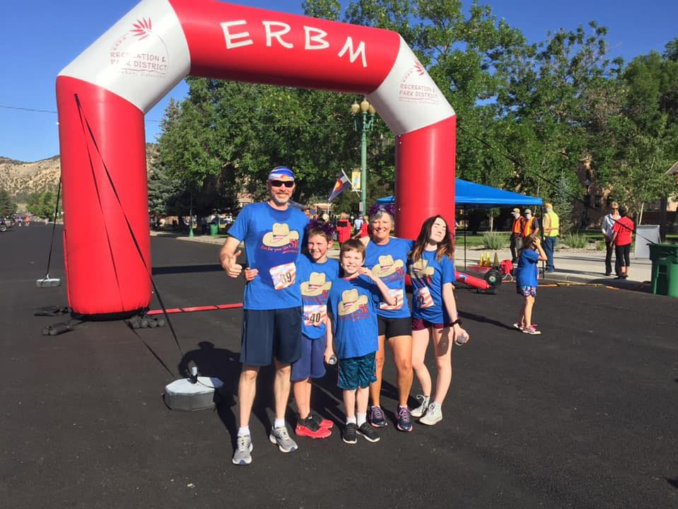