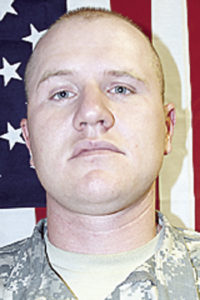 MEEKER | United State Army Private First Class John Corey Johnson, 28, a former resident of Meeker, was killed in action Friday, May 27, 2011, in Kandahar province in Afghanistan. Johnson joined the Army in February 2010 and was assigned to Fort Drum in July 2010. According to Fort Drum officials, Corey was assigned to the 1st Battalion, 32nd Infantry Regiment, 3rd Brigade Combat Team, 10th Mountain Division. Johnson was deployed to Afghanistan in March. Johnson is survived by his wife, two children with one on the way and his parents.

Services for Faye Tedford will be held Saturday, Jan. 24, 2015, at 10 a.m. at the Meeker United Methodist Church. In lieu of flowers, please make donations to Calloway Young Cancer Center in Glenwood Springs, […]