RANGELY — One day after having to clear snow off the track, Rangely High School hosted its annual invitational track meet last Saturday. 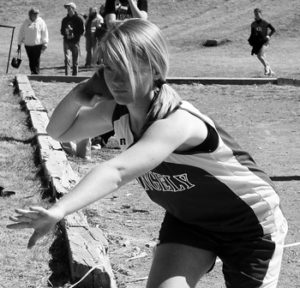 “We hit the perfect day,” said RHS Coach Mark Jansen. “The day before, the track was a frozen tundra. But it was nice on Saturday.”
The host teams finished seventh and ninth, respectively, during last week’s 12-team Rangely Invitational track meet.
The Lady Panthers placed seventh in the team scoring with 30 points, while the Rangely boys were ninth with 27 points.
Glenwood won the girls’ division with 176 points, and Fruita Monument was the top boys’ team with 143 points.
“It’s a lot of 4A and 5A schools,” Jansen said of the Rangely Invitational. “We traditionally have good weather, so they like to come here.”
On the girls’ side, Rangely’s Audrey Hogan placed fourth in the 800-meter run (2:37.40), 1,600-meter run (5:52.49), and 3,200-meter run (13:52.33). 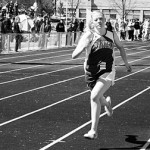 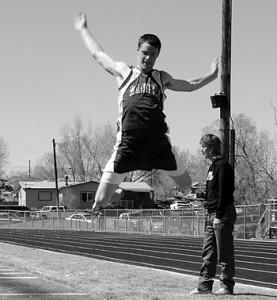 “He (Osborne) ran his best times in both hurdle races,” Jansen said. “And Michael Morton ran a real good 400, for this early in the season.”
In the long jump, the Panthers’ Kanden Brady was seventh in the long jump (19-11 1/2), and Nathan Pearce was sixth in the shot put (42-1).
“He (Pearce) got his best in both throws (shot put and discus), over the two track meets,” Jansen said.

RANGELY — Devon Rose, who finished fourth at the state wrestling tournament, will represent Colorado in the Brute Scholastic Showcase this weekend.

RANGELY — In what has been an up and down season for the RHS boys basketball team, the games this past weekend were reflective of their season as a whole.

RANGELY I The Rangely Panther track team headed southeast for the Demon Invitational in Glenwood Springs last weekend. They saw some PRs in many events and scored well as a team. The boys took sixth […]