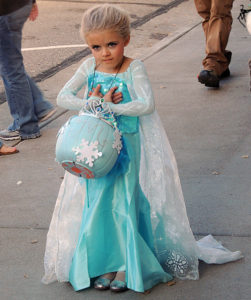 Royalty was in attendance Friday afternoon at the ERBM Rec Center-sponsored Halloween celebration in downtown Meeker, designed to offer the town’s children a chance to trick or treat in a safe environment. Royalty, animals, superheroes and monsters were out in numbers as several events entertained those of all ages from 3 to 5 p.m. 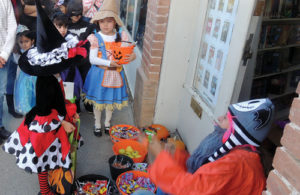 Angie Arnold, owner of Meeker Video, set up shop on the front step of her business on Friday afternoon during the downtown Halloween festivities, attended by several hundred infants, children, teens and adults doing their trick-or-treating in a safe environment. Arnold had a line a half block long waiting to get to her supply of goodies. The event was sponsored by the ERBM Recreation and Park District. 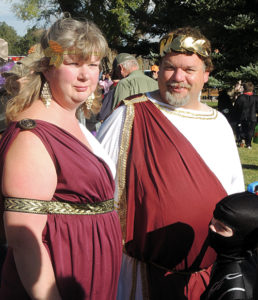 Royalty ran the gamut from young princess to the adult king and queen, portrayed here by Cheritha and Dave Cale, during Friday afternoon’s downtown Meeker Halloween celebration, sponsored by the ERBM Rec District. Several hundred people, more than half in costume, joined in the fun, which included games, trick-or-treat stations put up by Meeker businesses and a costume contest.

MEEKER | The Eastern Rio Blanco Metropolitan Recreation & Park District (ERBM) Board of Directors has come under fire for their decision to hire an Arkansas company for the next phase of their Trails Development Project. […]