MEEKER | “What a great season,” Meeker head girls’ softball coach Briana Williams said of her team, who qualified for the state tournament for a second year in a row but also for a second year in a row, lost to Rocky Ford. Meeker’s 13-game winning streak came to an end in the first round of the 2017 Colorado State Girls’ Softball Championships held at Aurora Sports Park last Friday. Meeker ended the season with an 18-4 overall record.
“We are so proud of the girls for the goals they set and accomplished, bringing the league championship and regional championship home to Meeker,” Coach Williams said.
The lady Cowboys were the home team against the Rocky Ford Meloneers and neither team scored in the first two innings. Rocky Ford took a 2-1 lead after the third inning of play and both teams were scoreless in the fourth. The Meloneers scored one in the top of the fifth inning, then Meeker took a 6-3 lead after the fifth inning but it was short lived, as Rocky Ford scored four in the sixth and shut Meeker out the next two innings to win the game.
“Qualifying for the state tournament two out of the three years the program has existed, is a direct result of the girls’ commitment to pushing themselves to improve individually as athletes and to strengthen their mental focus on and off the field,” Coach Williams said.
The lady Cowboys will graduate four seniors, Taylor Dodds, Jasmine Patterson, Abi Powell and Sierra Williams but will return five juniors with two years of state experience to lead Meeker next year.
“What a privilege to have worked with some of Meeker High School’s finest students this year,” Coach Williams, who was assisted by her husband Dr. Williams, Janae Shelton, Erik Brown and Samantha Gorney. 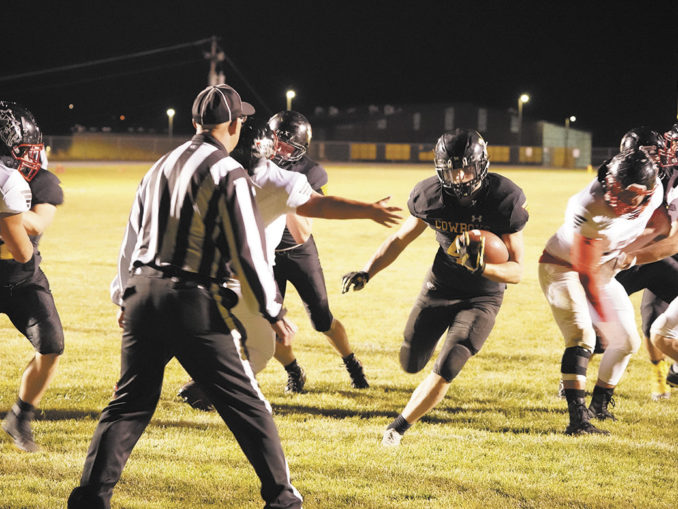