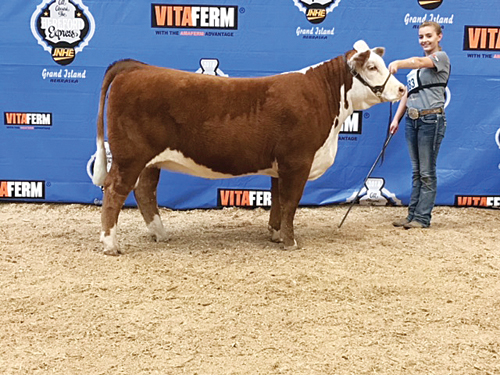 Kolbi and Kaden Franklin spent a week in Grand Island, Neb., competing at the Junior National Hereford Expo. There were close to 2,000 entries also competing. Kolbi showed two heifers that stood fifth in highly competitive classes, was selected as the voting delegate for the state of Colorado and was chosen as the Outstanding Junior Member for the state of Colorado. Kaden participated in the Market Steer Show with 120 steers where he won his class and later showed in the Champion Drive. Kolbi and Kaden are both looking forward to showing these animals again at the RBC Fair in a few weeks.

RBC Fair Livestock Auction will be hosted online, as well

Listen to this post RBC | Rio Blanco area youth have put in months of hard work raising their premium livestock and preparing for the annual Rio Blanco County Fair and Junior Livestock Auction. The […]