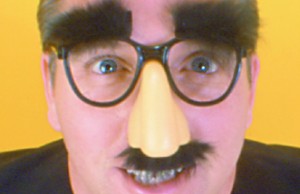 Congratulations to Cody Pfau, who made history at the state wrestling tournament last weekend by becoming one of the first two girls to win a match at “the Big Show.” Congratulations to our other Cowboy wrestlers, as well!
It’s official, on Facebook anyway: Meeker’s Wendy Gutierrez is throwing her hat in the ring for a county commissioner seat in the next election. Joe Collins, serving his second go-round as commissioner, has announced he won’t run for reelection.
Happy birthday to Hadley Franklin, Feb. 25; Becky Meyer, Iola Hicken, Bill Kracht, Robby Jensen, Feb. 26; Emily McCoy, Clay Caldwell, Feb. 27; Denver Hayes, Melayni Wangnild, Hanna Borchard, Matt Jensen, Sean Lafton and Sandy Shaw, Feb. 28; Martha Cole, Joseph Scherbarth, March 1; Ted Gilchrist, Roberta Watt, Nori Pearce and Pat Love, March 2; Gary Merriam,Tia McKee and Sam Nieslanik, March 3. And a very special happy birthday to Meg Bettis, whose birthday is Feb. 29.
Happy anniversary to Mike and Susan Knezovich, Feb. 25; Brad and Jessica Wikoff and Gus and Christine Halandras celebrate anniversaries on Feb. 29. Wish them a good one anyway!
We’ve got close to 300 fans of the Herald Times on Facebook. Are you among them? You can also follow the Herald on Twitter. Share articles and photos, and comment on activities and events and chat with other Herald Times fans! Please send birthday greetings, anniversary wishes, and other local social news to harold@theheraldtimes.com, or mail information to P.O. Box 720, Meeker, CO 81641.

Listen to this post Hantavirus may not be a very common disease. But it can be deadly. Joe Merriam almost found that out the hard way. Merriam’s daughter, Annie, contracted the disease in 1999, during […]