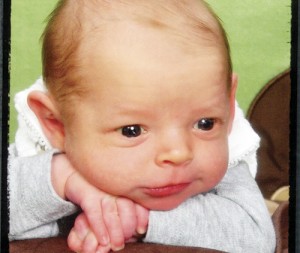 Tyler and Kristen Houser of San Antonio, Texas, welcomed Tiernan Vern Houser Oct. 8, 2011. He weighed 7 pounds and was 20 inches long. Maternal grandparents are Michael Joos of Meeker and Robin and Michael Crossland of Houston, Texas. Paternal grandparents are Stan and Patty Wyatt of Meeker and Steve Houser of Montrose, Colo. Great-grandparents are Ron and Bobbie Leeper of Meeker, Carol Stratton of Grand Junction, Colo., Elaine Wyatt of Hillsboro, Kansas, and Robert and Lona Muske. Tiernan’s aunts are Kimberly and Stacy Joos of San Antonio, Stephany Joos of Meeker, Relene Harmon of Colorado Springs, Colo., and his uncle is J.J. Wyatt of Dallas, Texas.

Clint, Angie and Makenzie Hill of Rangely would like to announce the birth of Mikaila Rae Hill, born Aug. 25, 2013, at 4:02 p.m. in Grand Junction.

Hattie Brennan would like to announce the arrival of her new baby brother, Milo Soren Brennan.