Austin James Stoner left us suddenly and unexpectedly on April 19, 2009, in Rangely, Colo. He was 18. 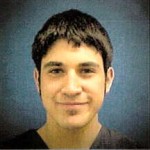 Austin was born to Michael A. and Maria E. Stoner (Villalobos) in Colorado Springs. He was a resident of Loma, however he formerly lived in Rangely.
As a child he lived in many places including Colorado, Texas and Germany. He also visited many different places in Europe and Mexico.
Austin enjoyed several different sports when younger. He especially liked soccer, skateboarding, snowboarding and some baseball as an adolescent.
He was artistic and talented in many ways, including drama, drawing, bass guitar and journalism. Austin had a good heart, humorous spirit, the gift of laughter, compassion and loved being around his friends.
He most recently became an environmental aide at Family Health West and the staff and residents truly valued him there. He enjoyed visiting with the residents and often made them smile and laugh, held their hands when they cried and spent time with them as a friend. His plans were to obtain a C.N.A. certificate this spring.
Austin was preceded in death by his grandparents Mick and Dee Stoner of Mack, Colo., and Jesus and Soccorro Villalobos of Mexico. He leaves behind his father Mike (Dottie) Stoner of Loma, mother Maria Stoner (Villalobos) of Vacaville, Calif., brother Michael J. Stoner of Rangely, two step-sisters Michelle Troy of Fruita, Nicolle Moss of Loma, and multiple aunts, uncles, cousins and one grandpa.
The funeral service will be Saturday, May 2, 2009, at Rangely High School. Viewing will begin at noon and service will begin at 1 p.m. Cremation and a private ceremony will be held at a later date.
The family asks that donations be made to the alcohol or drug rehabilitation program of your choice.