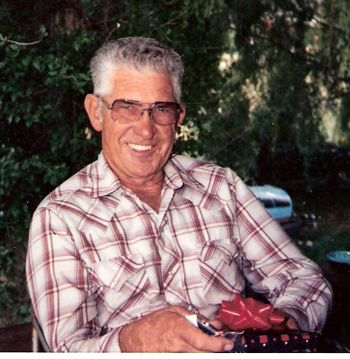 Meeker resident Bob Long, 86, passed away July 15, 2009, at Pioneers Hospital following a four-month battle with lung cancer.
Robert LeRoy Long was born Aug. 31, 1922, in Stratton, Colo., the youngest child of Ray and Rowena (Cline) Long. He spent his early childhood on the eastern slope of Colorado with his family, then moved to Fruita, Colo., in 1934. He attended high school at Champion, a Seventh Day Adventist boarding school in Loveland. Following his schooling, he went to work for his father on the family farm in Montrose. He met his future bride Lillie Mae Clements in Montrose where they were united in marriage on March 13, 1944. To this union two children were born.
Bob worked as a mechanic for Texaco, Inc., retiring in 1987. He began his career in Newcastle, Wyo., and in 1952 moved to the Wilson Creek field where the family lived until moving into Meeker in the early 1970s.
In 1984 the couple purchased a home in Powell Park, where Bob was quite content taking care of his horses, helping with the garden and raising a few cows. He enjoyed fishing, square dancing and was a league bowler for many years. He was a devoted family man with a ready smile and a twinkle in his eye.
In addition to his loving and dedicated wife of 65 years, Lill, Bob is survived by his two children, Roberta Watt of Meeker and Bruce Long and his wife Christie of Dinosaur; one sister, Agnes Struthers of Ferndale, Wash.; six grandchildren Melanie (Wayne) Wilhelm; J.C. (Alicia) Watt; Elisha (T.J.) Kidd, Lynette Marie Long, Brandie Lee Long and Robert Eaton as well as 10 great-grandchildren and numerous nieces and nephews.
His parents, his stepmother Maude Long and a stepbrother, Gale George, preceded him in death.
A graveside service was held Monday, July 20 at Highland Cemetery with the Rev. Scott Hollenbeck officiating.
Friends may make memorial contributions to Cancer Research through Cochran Memorial Chapel, which was entrusted with the arrangements.

The family of Bren Sullivan would like to express our gratitude for the help we received during the past two weeks.

ANNOUNCEMENTS ATV, Boat and Snowmobile Owners! You can now renew your Colorado OHV registrations on line at: www.parks.state.co.us.