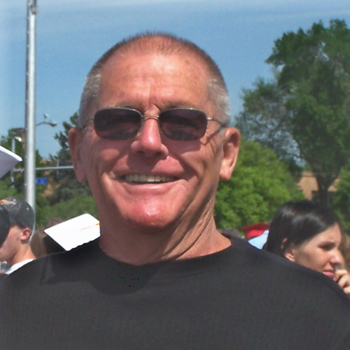 Buddy Kenneth Linderman of Grand Junction died Sept. 12, 2010, at Kindred Hospital in Denver after a short illness. A service was held Monday, Sept. 20, 2010, at Callahan-Edfast Mortuary in Grand Junction and a military service was held Tuesday, Sept., 21, 2010, at 1 p.m. at Highland Cemetery in Meeker.
His life began in Colorado on Nov. 20, 1935, when he was born to Orville and Ella Linderman. He lived his childhood in Meeker, where he was graduated from Meeker High School in 1954. He was drafted into the Army in July 1954. He served two years and returned home in 1956. He met the love of his life, Sherian, and they were united as one on Aug. 29, 1958. To this union three children were born, Kenneth Bart, Kim Elaine and Ronald Dean. They moved to Denver where he worked for a printing company, then moved to Longmont, where he was employed with IBM in an upper-management position for 24 years before retiring in April 1990.
In 1996, they moved to Grand Junction, where he spent time working in the yard, fishing with Sherian, and spending time with his grandchildren, family and friends.
He was preceded in death by his mother, father, three sisters, infant son and loving wife. He is survived by his children, Kim Held of Grand Junction and Ron Linderman of Waco, Texas; sister Donna Linderman of Grand Junction, sister-in-law Relda and Gary Coulter of Meeker; seven grandchildren; numerous nieces and nephews; and many friends.
Memorial donations can be made for grandchildren Tyler and Amanda for a college fund, Timberline Bank, 633 24 Road, Grand Junction, CO 81505.

MEEKER I At a meeting of the newly organized Tea Party on May 13, Sam Thiessen was chosen to serve as president with Jim Ellis and Keith Fitzgibbons chosen as co-vice presidents. Patti Hoke was […]

VFW Post 5843 will have its annual Memorial Day Wreath Ceremony, Monday, May 28 at 10 a.m. at Circle Park Bridge in Meeker followed by a ceremony at Highland Cemetery.

Up and down el Rio Blanco: Happy New Year

I started to drive to Rangely last Friday, 40-45 mph on slick, bumpy, snow-packed roads, the sky was clear and my phone read 7 below zero. As I drove through Powell Park, a semi was […]