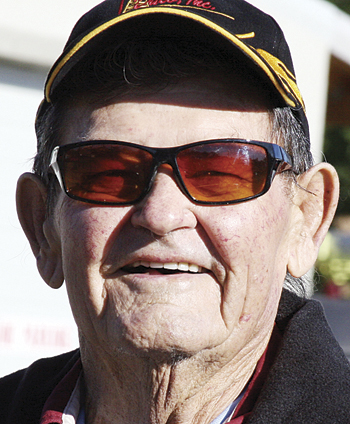 Carl Brian Rector was born on April 23, 1941, to the late Jay and Stella Rector in Redding, Calif. He peacefully joined the kingdom of heaven on Nov. 12, 2010, while in his home in Rangely.
He is survived by his wife, Peggy Jo, of 46 years, his children Jeff (and wife Rebecca) of Rangely, and his daughter LeaAnne of Denver. Carl has five grandchildren: Keenan, Kasey, Brian, Justin and Mike, and two great-grandsons Logan and Wyatt. He is also survived by his sister Mary (Sue) of Riverton, Wyo., his brother Jay (Babe) and wife Mary of Missoula, Mont., his Aunt Donna Martine of Arvada, and sister-in-law Shirley McMullen of Muskogee, Okla.
Carl is preceded in death by his sisters Jane and Carol Ann; his parents Jay and Stella Rector; and brothers-in-law Joe McMullen and Robert (Jerry) Lyle.
Carl grew up just west of Rangely in the houses that were known as “The McLaughlin Camp.” He attended the Rangely school system and after graduation started working in the oil fields. He and his wife acquired and built a reputable production well service business. Through the course of his life he was a rancher, banker and businessman, but mostly he was a good friend to all he met. Carl was also a faithful member and contributor to many community organizations.
The service was held Nov. 17, 2010, at the Rangely Christian Church. In lieu of flowers and gifts please make donations to Rangely High School athletics in memory of Carl B. Rector.
Arrangements by Rio Blanco Funeral Home of Rangely.

Listen to this post RANGELY — I am back from the Creative Curriculum Conference in Denver (braving bad roads and weather).

Listen to this post MEEKER I A memorial service will be held in Meeker on June 23 in memory of Daniel James Devereaux who passed away in Grand Junction March 3.

Chavez, Matrisciano have gone from rivals to roommates

Listen to this post RANGELY I In high school, they played for rival teams on opposite ends of the county. Now they are teammates. And not only that, roommates. Roman Chavez of Rangely and Tyler […]