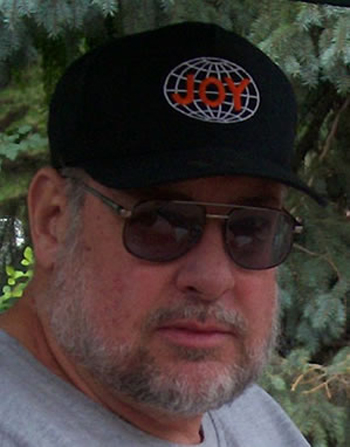 Carl Cochrane, 57, died June 17, 2010, in Rangely with his family by his side.
Carl was born in Dragerton, Utah, in 1953 and was raised in Sunnyside, Utah. He graduated from East Carbon High School in 1971 and continued his education a Southern Utah State College where he received a bachelor of science in machinery and electrical.
After college, Carl married Teena Schultz, and began his 31-year career working in the coal mines as an electrician.
Carl loved boating and fishing with his family. He could spend hours floating on the water with his wife by his side.
Carl’s final days were spent surrounded by family and friends that he had touched in so many ways throughout his memorable life. He has found peace after a long battle from a disabling stroke and esophageal cancer. Although he was so tiny and frail, he gave us all such courage and hope and reminded us of the preciousness of life. The stroke and the cancer destroyed his body, but it could not touch the soul and the spirit to keep fighting.
Carl is survived by his mother, Virginia Cochrane; two brothers, Jim and Bob Cochrane; a spouse of 35 years Teena; two sons Steve and Mike; Mike’s wife Desiree and three wonderful grandchildren, Makenze, Kenyon and Chase.
Funeral services were held a 1 p.m., Tuesday, June 22, at Trinity Lutheran Church, 736 E. Main St., Rangely. Graveside service followed at the Rangely cemetery. Arrange-ments were by Rio Blanco Funeral Home, 747 E. Main St. in Rangely.

The Meeker Herald — 50 years ago • The first frost of the season hit on Monday night of this week when the mercury on the government thermometer registered 31 degrees. It had been dropping […]