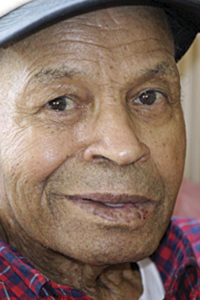 Charles Frank Devereaux, a lifelong resident of Meeker, died on Sunday, July 24, 2011, at the Walbridge Wing after a lengthy illness. He was 84.Charles was born at Lion’s Canyon near Meeker on Aug. 9, 1926, to James Homer and Angeline (Collins) Devereaux. He was raised and attended school in Meeker.Charles served in the U.S. Army, was a member of the Seabee’s and was a Golden Glove Boxer. He returned to Meeker where he worked as a heavy equipment operator, as a contractor, coal hauler and miner and house mover. He enjoyed fishing, hunting and collecting rocks.Charles married Muriel Thompson on May 4, 1973, in Grand Junction, Colo.He is survived by his wife Muriel of Meeker; daughter Lois (Daniel) Tibbs of Sunbeam, Colo.; his sons Allen, Thomas, Kenneth and Loren (Laura) Maybury all of Meeker; 13 grandchildren, numerous great-grandchildren and several great-great-grandchildren; his brother Laurence Devereaux of Clifton, Colo., and numerous nieces and nephews.He was preceded in death by his parents; his sisters Laurita, Annie, Mattie, Emma and Iola; and his brothers Orlando, Daniel and John.Funeral services were held on Monday, Aug. 1, 2011, at the United Methodist Church in Meeker with Mervin Johnson officiating. The pianist was Mary Kay Krueger. Johnny Barton’s Gold River Band sang “In The Garden” and “The Old Rugged Cross.” Pallbearers were Andy Thomson, Jessie Slaugh, Charlie Frantz, Terry Jack Mobley, Si Woodruff and Joe Hoffer. Honorary Pallbearers were Bill Jordan, Gus Anderson, Cole Proctor, John and Ed Brannan and Donald Mobley.Interment followed in Highland Cemetery with military honors by VFW Post #5843.